From The Bottom Of The Sea: Kam Fong 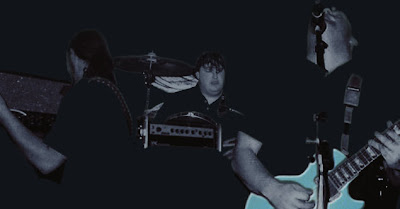 Ten years ago this month, three guys completed an incredible rock record that they recorded themselves in a small suburban living room, a reel-to-reel and Mackie mixing deck crammed on a salvaged school desk in a corner by a closet. The record was never released. We had always wanted them to call it From The Bottom Of The Sea, because if there was ever a rock band-equivalent of Godzilla, this band is it. But the truth is their record was never titled. We've posted a couple songs from the set in the past. On this dark and stormy October night we think it is time to release it into the wilds of the Internet in its entirety. Every song is an anthem, every lyric quotable as a threat or epitaph. Recommended if you like Black Flag, KISS, Don Caballero, June Of 44, et cetera. Recommended if you do NOT like The Man. This is Kam Fong's unreleased 1997 record.