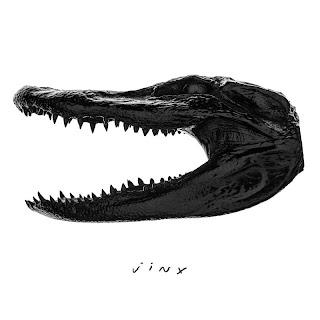 With its 2010 debut Sports, noise-rock trio Weekend ably assimilated a lengthy and recognizable post-punk heritage into its sound in a manner that made an indelible impression. The album was an apparent success for Slumberland Records, and a high point among a teeming morass of contemporary loud guitar offerings, in no small part because of the clear vision and songwriting acumen the act, fronted by Shaun Durkan, brought to the table. Of course, the success of Sports was abetted by strong singles including the delay-flecked "End Times," but Weekend's unpretentious approach also made them easy to support. With that success, fans could reasonably have anticipated the sophomore collection Jinx, which was released by Slumberland Tuesday, would be consistent with the now-Brooklyn-based act's established, loud parameters. Instead, the new record continues a retreat from the noisier post-punk of the formative first LP, a retreat that began on the brilliant 2011 EP Red. As the distortion ebbs, the band reveals what may be its most vital trait: it simply refuses to do the same thing twice.

On the new full length we hear Weekend evolving beyond a dark, chaotic and Joy Division-inspired posture to embrace a cleaner, leaner sensibility that echoes the early-'80s entries from The Cure, New Order and Bauhaus. Opener "Mirror" trades heavily on clean, metallic bass, mechanical rhythms, a carefully architected superstructure of reverbed vocals, edgeless synths and distant guitars. It is as if the now-Brooklyn-based act has shed a rough husk comprised of jittery nerves, guitar distortion and feedback, to free a more controlled, refined darkwave core. This evolution is again apparent on the anthemic, hip-shaking bliss-out "July," in which Abe Pedroza's industrial drum clatter establishes a moody but upbeat platform for Mr. Durkan's natural, unimposing voice and guitarist Kevin Johnson's sleeper melody lines. The chorus breathlessly escapes a couple suspenseful introductory minutes to blossom into a technicolor array of airy vocals and guitar; Durkan's celebratory repetition of the tune's title is the icing on the icing on the icing... "It's Alright" swaggers with a towering electronic strut that delightfully evokes the macho guitar-techno fusion of The Jesus And Mary Chain circa 1988's brilliant single "Sidewalking" and the sexy chug of MBV's "Drive It All Over Me." "Just Drive" resuscitates some of the punkier vim of Sports, but updated production refines the lacerating distortion to marshal a gentler attack. The initial single "Sirens" remains Jinx's most gratifying composition, with its reliably, dance-ready tempo, detached vocals and softly modulating melody calling to mind the stone-cold 1983 classic from Thompson Twins, "If You Were Here."

The degree of control over the sonics of Jinx -- and the calculated quality it lends to certain of the material -- may be the aspect of the record that critics ultimately chew over most; it surprisingly engenders a sound that seems more tailored for arenas (complete with a less dour audience and a greater sense of ecstasy), as opposed to a dark basement or cold warehouse. But whether that is the aspiration or not, it is hard to care too much about the window dressing when the meat of the record -- its songs -- are so well-realized, taut and enjoyable. Jinx is available now from Slumberland on yellow vinyl, CD and digital download. Make your choice wisely right here. The trio will perform two release shows in California starting with a show in the band's former hometown of San Francisco tomorrow, and will tour the new record in earnest beginning with a date in Pittsburgh Sept. 4. All live dates are posted right here; Boston-based readers should make a note of the October 23 date at Church Of Boston with Disappears and Nothing. -- Edward Charlton