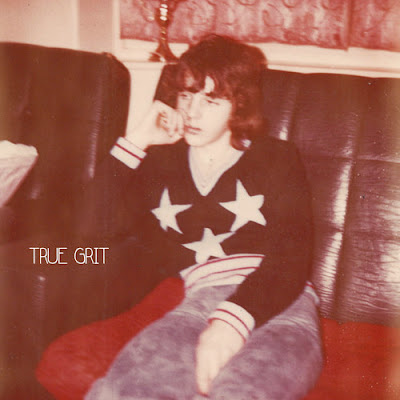 We all have some idea of what it means to be subversive. And in an era when indie rock's prevailing influences are loud, gritty, angular and so-called "'90s acts" like Pavement and Dinosaur Jr. and Nirvana (all of which, we should point out, first released music in the '80s), is it not just a touch subversive to embrace the New Romantic-descended pop propounded in the quieter, more refined corners of the '90s? We're talking about the first few The Sea And Cake records (not to mention the subsequent transcendent solo sets from principals Sam Prekop and Archer Prewitt) or the work of Unrest, Eggs or even mid-period Haywood. We can't say whether Cornwall, England sextet Fire Island Pines has ever heard any of these latter American acts, and it is probably overstating things to say the band is bent on subverting the dominant paradigm, but the British six-piece's keen and anachronistic devotion to genteel indie pop on its sparkling debut True Grit makes the record as refreshing as its hooks are potent and breezy. The set is a very confident and competent collection from a five-year-old act ready for a substantially higher profile.

True Grit opens strongly with new, shinier versions of "You Didn't Mean To Hurt Me" and "Nineteen Fifteen," the lead tracks on 2011's Bratislava EP and last year's "1915" digital single, respectively. "You Didn't Mean To Hurt Me" unfurls over a self-assured beat and slightly funky bass playing, and bursts into bloom during the chorus as layered synth chords and horns stretch toward a distant horizon. "Nineteen Fifteen" positively soars, which belies somewhat fronter Anton Rothschild's wonderfully unsure equivocation "it's up to you, if you wanna stick around." Indeed, there is a delicious unease creeping within Fire Island Pines' ostensibly easy-going pop, a dimension that comes to the fore in the brilliantly realized album highlight "Bo Dep," which materializes from and decomposes into cinematic ambience, and alternates verses of palm-muted guitar and quavering vocals with bold, tastefully reverbed choruses appointed by majestic piano and horn. True Grit is back-weighted with ballads, but spreads its wings one final time with the thrilling closer "Sister Ruth." The tune teases with an intermittent, piano-anchored introduction, but accelerates quickly with layered guitars and vocals echoing one another over a bounding beat.

True Grit will be released Friday as a vinyl 12", CD, cassette and as a digital download. The vinyl 12" is being issued in a limited edition of 300 pieces by German label Firestation Records, who have pressed the collection to black vinyl. Firestation is also doing the honors for the CD version, which comes packaged with a four-page fold-out booklet. The band is handling the cassette release itself, and has a hyper-limited amount of same in an attractive package containing mint green media. All formats can be ordered via the Fire Island Pines Bandcamp page right here, and all of True Grit is streaming via the Soundcloud embed below. That the lads from Cornwall are putting out a record via a German label seems somewhat unusual, we suppose, but not when considered in context: the aforementioned "1915" single was issued by Minnesota's Manic Pop! label, and the digital download of the Bratislava EP was issued via the San Francisco-based collective Vulpiano (which also issued Mr. Rothschild's 2010 solo EP The Year Of The Kitten). That its label partners are relatively widely scattered underscores Fire Island Pines' broad appeal, and hopefully portends big things for the understated sextet.