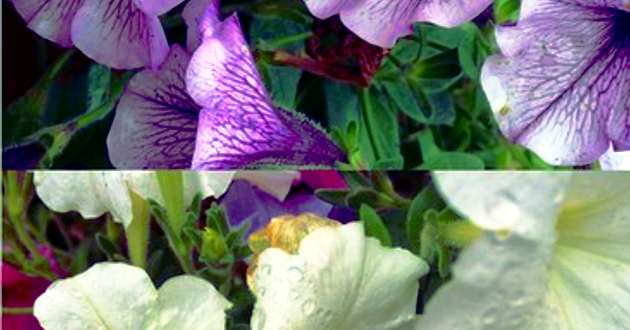 Remember the mid-summer news, that two Johnny Foreigner-related side-projects were Voltron-ing together to form still another permutation? Well, even if you don't, the fruits of the union of Johnny Foreigner guitarist and singer Alexei Berrow's Yr Friends project and drummer Junior Elvis Washington Laidley's Fridge Poetry project -- which operates under the nomme de guerre Yr Poetry -- are due Oct. 10 in the form of a cracking mini-album titled No Tribes. The raw and ready seven-song set was recorded with long-time engineer Dom James and will be released via the Yr Friends Bandcamp as a digital download and hand-made, limited-edition CD with booklet like it's the year 200x. Given the slack and subdued vibe of Yr Friends, and the burbling emo-tronics of Fridge Poetry, No Tribes is actually a bit of a surprise. Rather than expressing an average of the two side projects' sounds, the short set is, well, a complete face-rocker. Explosive standout "Bae Ruthie" is massive, with crushing distortion in the lead guitar riff (a sort of inside-out rendering of the riff from Johnny Foreigner's titanic 2010 rocker "Who Needs Comment Boxes When You've Got Knives"), breakneck drumming and Mssrs. Berrow and Laidley desperately harmonizing on the ridiculously catchy chorus "is that all you've got to say?" Impossibly powerful and poignant hooks seem to come to Berrow with disturbing ease, or at least ludicrous frequency, and closer "Still Got It" powerfully delivers with the repeated declaration -- delivered over a storming flurry of strumming and thrilling battery of snare and cymbals from Mr. Laidley -- "I survived a pop-punk summer, shiny heartbreak on the radio." The tune is on par with legendary JoFo album closers "The Coast Was Always Clear" and "Absolute Balance," and is definitive proof that Yr Poetry and its music shouldn't be treated as a secondary effort: No Tribes is the real deal. It is unclear whether we can expect to see Yr Poetry performing live again; our recollection (which may be faulty) is there was a single live performance over the summer. Johnny Foreigner are preparing for a short jaunt to South Africa at the end of the month, and there have already been rumblings about making a fifth proper full-band LP, so the band remains busy.

But not too busy to keep Yr Poetry's component parts from releasing even more new music shortly. Yr Friends' Yr Friends Don't Care What You Look Like EP was to have been released earlier this week, according to a recent email blast, although we have as yet not seen the project hit the Interwhatzitz (although, as we note below, Goldflake Paint has a taste). The new EP comes relatively hot on the heels of another EP issued in August called Yr Friends Ruined It For All Of Us, notable not only for being terrific (the tune "Hella Negatives (Version 2)" is dazzling and delicate and so, so pretty), but also for the inclusion of a cover of Hole's "Malibu." The same recent email blast to the JoFo list last week stated Fridge Poetry will release a new EP Oct. 15 titled Omstart Sessions. Given the title, we can only imagine the material contained therein will have been recorded at the aforementioned Dom James' Omstart studio in Birmingham, England, which as we failed to mention supra is the hometown for everyone we've been talking about here. Fridge Poetry's prior efforts -- particularly its collaborations with The Weaks' Evan Bernard -- have rocked most steadfastly, so we are eager to hear these new songs as well.

Stepping back for a moment, we are extremely happy to be getting so much new music from Johnny Foreigner and its related projects these days. The Birmingham fight-pop heroes recently very quietly passed its 10th anniversary as a band, although a 10th anniversary of bassist Kelly Southern joining up is still a couple years off, apparently feels more like something more worth noting, and is slightly more likely to be celebrated by the somewhat anniversary-adverse act. A recent, somewhat viral Twitter bleep noted with awe how much The Smiths accomplished in just five years; as a fan we're grateful that we are still able to see and hear what Johnny Foreigner are doing 10 years on, and hopefully will be able to say the same thing in another five and perhaps even 10 years. We are pleased to be able to offer a stream of the aforementioned Yr Poetry joint "Still Got It" below. We recommend turning it up quite loud. To hear more newness, check out Goldflake Paint's aforementioned triumvirate of exclusives from the three pending releases right here. And because we're totally jazzed by it right now, below "Still Got It" we're posting all of Yr Friends' Yr Friends Ruined It For All Of Us, as it hit the Internerds whilst we were on holiday this summer and as a result we didn't give it the digital ones and zeroes it deserved at the time.