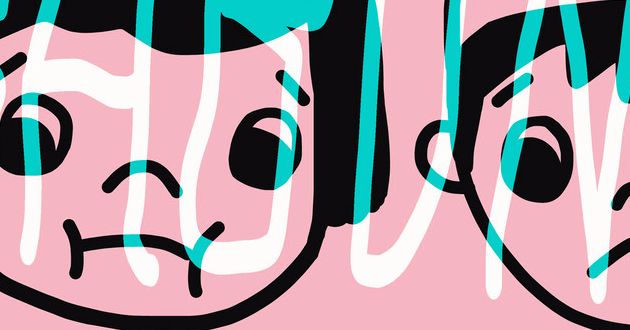 Portland's fledgling Good Cheer Records has in it first year made a name for itself as a bastion for the city's endangered under-age and DIY art communities. For a locale that puts such an emphasis on craft-brewed, alcoholic fun (and the rising rents and privileged patrons that accompany it), there has been a surprising amount of push-back in The City of Roses against some of the more challenging, creative and young individuals around -- a circumstance as unfortunate as it is expected. Thankfully, Good Cheer is fighting the good fight, documenting on cassette some of the more original and energetic guitar-pop bands the city has to offer. Among these is co-ed quintet Sabonis, whose twinkling, self-titled debut EP combines indie pop melodrama with introspective post-hardcore guitar lines. It's a sonic amalgamation that suggests an affinity for the more melodic Mike Kinsella projects, such as Owls and American Football, Clicky Clicky favorites each. The highlight of Sabonis' five-song release is undoubtedly the opener "More Time," in which male and female vocals couple in catchy mantras contemplating an instantly fraying relationship. The clear and sturdy production works wonders to highlight the neatly arrayed triple guitar attack, not to mention the thoughtfulness and subtlety of the lyrics. The deft interplay suggests a unit so capable that it need never resort to heavy handedness. "You left in slow motion, I watched in real time," sing Edward Beaudin and Maya Stoner -– a simple and devastating couplet that emphasizes the group's carefully considered songwriting. The song "Mother Of All Ghosts" rocks to an inevitable tempo, its palpable mesh of guitars and downcast lyrics establishing a mood akin to that of an anxious Interpol b-side Sabonis was issued Aug. 15 in a limited edition of 100 cassettes and as a digital download, either of which can be purchased via the act's Bandcamp dojo. Stream all of Sabonis via the embed below. -- Edward Charlton

In the late autumn of 2013, we were bowled over by the Lakewood, Ohio ambient/experimental project National Park Service and its fantastic I Was Flying cassette. The set's mix of pastoral acoustic looping, post-shoegaze delay guitar, synthetic drones and transporting samples was the perfect headphone accompaniment to the season's crisp, cool air and ephemeral longing. Imagine our delight at recently discovering new music from the mysterious act, a recently issued album called '97 Tracer. The seven-song set surfaced in June, but was superseded by a 14-song deluxe version Aug. 11. The physical release of the latter was issued by PSI Labs/Guest Room Records in a hyper-limited edition of cassettes that immediately sold out; a small number of the original seven-song tape -- perhaps from a second edition of 40 -- remain available; both versions are available as a pay-what-you-like digital download. The opening salvo of each version, "So Fucked Up on Drugs," sets the mood, trading in the carefully multi-tracked approach of Flying for something more live and electric. Speaking of flying, it would be negligence not to mention that the track echoes the early work of Bristol, England legends Flying Saucer Attack in the layered feedback chords and clanging strings marking the tune's first four minutes. After that, surprisingly, a live snare presents in the mix, grounding the piece while reminding the listener of The National Park Service's restlessness. Much of '97 Tracer maps a similar aesthetic, inviting the listener into a world of harsh noises that nonetheless retain the curious beauty of the project's previous work. The title track erupts into squeals before etablishing a low hum as the piece burns away via a steadily crumbling fade. While much of the original version of '97 Tracer concerns itself with crushing volume, the deluxe edition's bonus tracks showcase a softer side. "The Moment Has Passed" resurrects the drums of "So Fucked Up" and contrasts them with looping, rickety acoustic guitars. Highlight "Head Injury" behaves similarly, while setting a pulsing, two-chord guitar and piano groove against a dream-pop background, highlighting NPS' elegant melodies. If I Was Flying was the soundtrack to the feeling of the fall, this new release makes the case for serving as the hot and humid accompaniment to the increasingly fleeting dog days of summer; it's a meticulously arranged monument to the introspection of a very certain moment. Stream and download the deluxe version of '97 Tracer via the embed below, or purchase the original on cassette here while supplies last. -- Edward Charlton

>> Santa Ana, California quartet Media Jeweler caught our attention last month with its spastic, jazzy instrumental track "No Exit," one of three striking preview songs from the foursome's forthcoming debut album $99 R/T Hawaii. The LP successfully captures the very randomness its title suggests; it's due Sept. 18 via Brooklyn's Fire Talk Records. The seven-track blast enlists clean, caterwauling guitar leads and drum rolls to ensnare listeners within Media Jeweler's inspired logic and arrangement sensibilities. A press release referenced members emerging from the ashes of a "revolving door big-band," suggesting the members of Media Jeweler share a background in California post-hardcore or emo, and the band's noodling riffage, wanton horn playing, constantly changing rhythms and sharp, destructive drums cause this reviewer to imagine a killer house-show scene germinated its happy-go-lucky, youthful vitality. The aforementioned tune erupts into such an awesome atonal breakdown shortly after the first minute that this reviewer is fully prepared to invoke the name of math rock gods Polvo. The loping "Passport Invalid" fuses chanted group vocals to the controlled disorder, while the third preview tune "Autopilot" injects James Chance-styled free-jazz energy into Media Jeweler's clanging universe via some inspired horn playing, allowing us to posit a thrilling union of Californian hardcore and No Wave. $99 R/T Hawaii touts excellent production work from certain folks that have worked with Battles and Lightning Bolt (very fitting), and a stunning mastering job from XOQ (Liars, Factory Floor, etc.) further embellishes this impressive collection. The album is available now for pre-order in a limited edition of 200 translucent pink or a standard issue black vinyl 12", or as a digital download. Stream the aforementioned three tracks via the embed below, and click through to purchase. Media Jeweler embarked last night on a strand of west coast dates, which can be reviewed right here. -- Edward Charlton