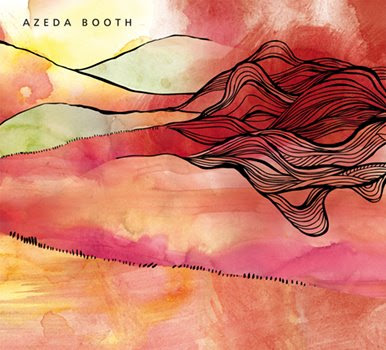 If there is anything startling about the relatively chillaxed Calgary-based quintet Azeda Booth, it is that its singer is an adult male. Jordon Hassock, to be precise. This is likely not news to already-confirmed fans of the band (it already has an EP under its belt and In Flesh Tones will be in stores Tuesday). But those coming to Azeda Booth with fresh ears will likely presume that the distinctly distaff, ethereal vocals emanate from someone more like Blonde Redheads' Kazu Makino or one of Múm's Valtýsdóttir twins. That latter act (along with groops like Lymbyc Systym) is a good reference point for the hazy and cool ambient electronic sounds that populate In Flesh Tones. While the beats can get fairly aggressive at times (particularly on the curiously titled "John Cleese"), the prevailing mood of the set is serene. The short instrumental "East Village" and the stuttering, melodic (and slightly spooky) gem "Numberguts" stand out, the former beautifully transitioning into the latter. Azeda Booth currently has no live dates posted at its site or MySpace casa, but we presume the quintet -- which apparently began as a duo comprised solely of principal members Mr. Hassock and Morgan Greenwood -- will be coaxed into nightclubs come fall to promote the set. Revered label Absolutely Kosher will release In Flesh Tones; the recorded music concern is also home to Sybris and Okay. The aforementioned EP, the self-released collection Mysterious Body, is currently sold out, but an outfit called Lakesong Press intends to produce a reissue.