Bettie Serveert takes just long enough between albums that every one feels like a comeback. This one especially, because it is so fantastic. Let’s just establish this right off the bat: Pharmacy of Love (Second Motion) is easily the best front-to-back Bettie Serveert album since their 1992 debut, Palomine.

It is true that they can never re-create the soundtrack-of-my-life nostalgia that I have for that album (and 1992 generally, since it was such a major formative music year for me, it being the year of Let Me Come Over, Tossing Seeds and Slanted And Enchanted, among many others), and it wouldn’t be fair to ask or expect it. Even still, Pharmacy gives it a run for its money: it’s sharper, more focused, and more driven.

I’ve always thought of these Dutchpersons as a great guitar band. Palomine’s warm strummy jangle just felt and sounded real, like you were there in the basement with them. Dust Bunnies’ “Geek” amped it up and still takes my breath away. I guess that’s why I got impatient with some of some of the band’s more meandering mid-period, especially when they brought in more electronics (like on some of 2005's Attagirl, say) . The songwriting was a bit less consistent – though there were certainly plenty of gems throughout. It feels like they’ve been searching for something, and Pharmacy of Love seems to bring it all into focus.

Driven, yes, by those beloved, though sharper, guitars, but especially by explosive new drummer Joppe Molenaar – the Betties sound more like a hungry young band with something to prove and less like a band 20 years and 8 albums in (the rest of the band, singer Carol van Dyke, guitarist Peter Visser and bassist Herman Bunskoeke, have all been on board since the beginning). 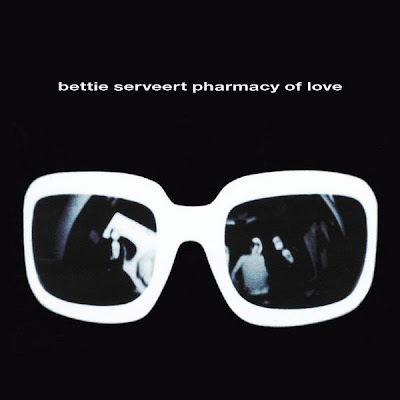 I could highlight each track from this album of energy and spark, but I’ll settle on three: If there were any justice (but I know there really isn’t), the album’s single and leadoff track, “Deny All,” would be the giant hit of the summer. The propulsive rhythm (with the aforementioned explosive drumming), the catchy chorus – isn’t rock and roll due to come back again? “The Pharmacy” feels epic, though more by its drama than by its length. Driven (yes, again) by an insistent drum pattern, the track starts otherwise sparse, adding tension by synth before finally resolving into a driving beat topped by guitar freak-out. And “Change4Me,” with van Dyke’s sweet vocals and its laid-back, strum could have been on Palomine.

I friggin’ love this record.

Also: don’t miss the iTunes-only “Deny All” EP – there’s a non-LP track and a couple of alternate versions that are worth the extry couple bucks.

They seem to be doing lots of touring, but no word on a US trek just yet. In looking at their schedule, I wouldn’t count on it until the fall. And, say, that's when Teenage Fanclub are supposed to hit the US in support of their finally-announced new album, Shadows. Just sayin'. -- Michael Piantigini

It is a strong record though is it really as good as Dust Bunnies? The songs are excellent but it cries out for a more analog feel in the mix/master. The clean, digital sound gives these arrangements a cut-and-paste sound that's perfectly contemporary, but feels antiseptic for them. It's hard not to miss the shameless Crazy Horse sound of Palomine. This hasn't stopped me from listening to it a lot. But I bet the demos are better.

Dust Bunnies, eh? I haven't heard the new one yet, but I don't remember Dust Bunnies capturing my imagination much. I'll have to listen again.

I do like it more than Dust Bunnies, though that is a pretty good one. "Geek," certainly, is one of my favorite songs of theirs.

"Dust Bunnies" sure did rock the heck outta MY mid-90s...recently unearthed it and still dig profoundly...

Looking forward to the new one.

The band has been together 18 years with the exception of the drummer. They were in their late 20s when they started. People grow, evolve, change, get better with age. Comparing their previous work to Pharmacy of Love is unimportant. Remind yourself to cherish the older music, and not miss out on the great new record. I am a huge fan. Loved Palomine. But, this new record....I'm just sayin'....is the best record of the year (for me anyway). Peace.

Finally listening to this. It's awesome. Perhaps not Palomine awesome, but it is as good or better than anything else BS has done.