Review: The Notwist | Close To The Glass 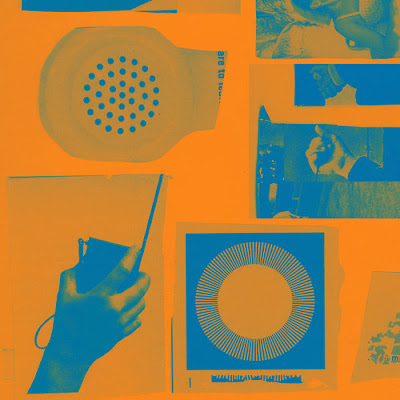 If the devil is in the details, as the saying goes, then The Notwist are rife with demons. Not only has the band navigated a quarter-century career via perfectly synthesized and processed sounds within every second of its music, but the attention to detail, the craftsmanship, would seem to now extend even to their release schedule. Since 2002, the German electropop concern have delivered a finely wrought album like clockwork, every six years. That may not seem like a lot, and it is certainly a long time for a band of a certain caliber to go between releases, but we've never heard anyone complain once the product is out there. And once again, today with Close To The Glass, the cycle continues.

Building upon the tremendous 2008 long-player The Devil, You + Me, the new collection -- which is released in the U.S. on Sub Pop -- both fuses together and samples from among the group's disparate styles. Indeed, this reviewer likely would now recommend Close To The Glass to a new listener first, as it offers a little something for everyone, diverse textures packaged in economically sized songs. "Signals" commences the album with electronic bleepery, forthright choppy bass, brief verses and an atmospheric outro draped with the band's trademark dusty and avant garde aural effects. With just this first song, The Notwist make plain their mastery of EQ and production, at least for those fans who have not seen the incredible making-of film "On | Off The Record," which captures among other things the painstaking creation of the band's watershed 2002 release Neon Golden. On Close To The Glass, even the most incidental-sounding pop of static feels remarkably full.

Make no mistake, this is a headphones record. Using the clipped, sampled source sounds in the bass, the title track establishes an urgent, robotic rhythm, reflecting The Notwist's affinity for IDM. The result is as tantalizing to the mind as it is a commanding, alien dance song. The bright strummer "Kong" follows, injecting a bolus of hope and humanity into the proceedings that is as disorienting as it is welcome (the tune, incidentally, sounds as if it could have featured on erstwhile Philly act Mazarin's brilliant 2000 set Watch It Happen). And here, too, The Notwist showcases yet another talent: the first-rate production on their guitars and strings. "Kong" capitalizes on the three-dimensional quality of this aspect of the group via an opening riff that is at the same time overdriven and clean: while loud, every delicate pick of the strings is seemingly in the ear of the listener as well. As the bass and drums align to form a Teutonic groove, fronter Marcus Acher's gentle vocals communicate weighty pathos and perspective -- always nestled on top of the rush of guitars, phasers and string melodies.

The balance of Close To The Glass follows the forms of the first third of the record while presenting additional sonic left turns. "Casino" is an acoustic slow-burner that is melodically pure and deeply sad. "From One Wrong Place To The Next" samples fingers sliding across acoustic guitar strings and prints other found sounds over a moody dance track. Album highlight "7-Hour Drive" is a surprising twist for The Notwist, offering the band's take on a classic shoegaze style. There's woozy string bending, curious clipped notes and a cycling chord progression that nods at the My Bloody Valentine titanic "When You Sleep."

In sum, Close To The Glass presents a compact primer on the legendary German act, one that not only expands upon the band's legacy, but also offers the most immediate gateway to their beautiful, moving and detailed universe. The collection is proof that The Notwist have both conquered their sound, and reached a state where they can still push boundaries while satisfying even its adventurous fanbase. It's a wonderful place to be. Buy Close To The Glass from Sub Pop as a double LP or CD right here. The band will play a short strand of shows in June, but unfortunately no Boston date; full dates are below, as are embeds of "Close To The Glass" and "Kong" for your enjoyment. Clicky Clicky is of the opinion that The Notwist is one of the most accomplished and powerful live acts of the day, and this thrilling video from January is strong support for our assertion. -- Edward Charlton

Prior Notwist Coverage:
That Was The Show That Was: The Notwist with Dosh At The Roxy
Reader Rewards: Win The New Notwist Single, Boston Tickets
Today's Hotness: The Notwist
Review: Tied + Tickled Trio | Aelita
Review: The Notwist | "On | Off The Record" DVD

Email ThisBlogThis!Share to TwitterShare to FacebookShare to Pinterest
Labels: My Bloody Valentine, The Notwist