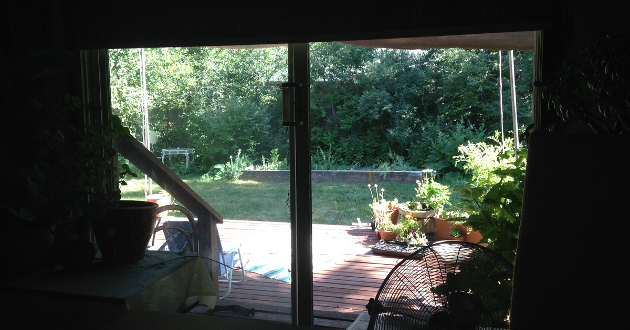 >> Our last Today's Hotness focused on Art Is Hard Records' terrific spring schedule, and it turns out this post just drives the point home even further. Much is said of the sound of lo-fi indie music, but often not enough about the philosophies underpinning the stylistic choices. It seems that out of all of the thoughtful articles praising a guitar fuzz or in-the-red cymbal sound, too few ever ask why. Enter Weymouth, New York home-recorder Flout (a/k/a John DeRosso) and his new Gims cassette, which hits shelves on May 15th via the aforementioned Art Is Hard. On the hook-saturated, 11-song set (which clocks in at a leisurely 22 minutes), Flout doesn't just wrap his concise, heartfelt miniatures in the warm glow of DIY, he wears them like a badge of honor and even tells you how he pulled it off. Just look at the label's bandcamp page, where Flout's simple explanation of his work illuminates the appeal of the realism of DIY. "I wouldn't change a thing," he says of the collection. "The constant clearing of my throat, my cat meowing after track 1, the footsteps of my roommates on the hardwood floors present on many tracks, the shouts of seamen on the Titanic attempting to avoid an iceberg at the end of track 7, and all of those other 'blemishes' encapsulate the cathartic days and nights recording this fledgling body of work." Gims, we would like to think, celebrates place and setting when it comes to home-recording. It also minimizes the time between that initial bolt of inspiration for a song idea and the moment that it gets bottled up in a recording. As a result, a fresh energy is manifested in tunes including highlight "filiale," which at times sounds like a contemporary folk tune, a delicate fuzz guitar lamentation and a rhythmic incidental piece before erupting into a celebratory chorus in the final seconds. "Salad Supper" makes use of DeRosso's spot-on shaker and tambourine percussion and occasional electric guitars to nearly sound like a full band. Opener "Poor Kid" not only expertly uses that aforementioned cat sound, but also delivers a jangly, strummed verse that foregrounds DeRosso's rich and smooth baritone -– perhaps the best part of the Flout sound. Indeed, his stretched, held vowels and dejected melodies bring to mind new Clicky faves Swings, especially in their "pleasantly downcast" affectation. This reviewer will go as far as to hope it's a new underground vocal trend that might eventually replace the hollow, post-Arcade Fire "whoas" which have clogged many speakers the past few years. It certainly all feels more real, and in this genre, that’s always been the point. Pre-order Gims right here. -- Edward Charlton

>> It's no secret that we’ve been longtime fans of Brighton, England's Faux Discx label. The enterprise's consistently tasteful roster of contemporary post-punk and indie pop regularly wows, and its signing of Dutch quartet TV Wonder indicates that 2015 looks to be another great year for the label. The foursome's debut EP Bird Songs proffers high-quality, spiky and at times discordant guitar-pop; it was released as a four-song cassette and digital download March 30. The band solidified while its members booked and presented shows in Amsterdam, and in all likelihood that environment influences TV Wonder's scrappy sound, which touts a warm, analogue haze and recalls both the hey and day of alternative guitar rock. Opener "Into The Deep," a highlight of the EP, commences with an angular guitar riff that beckons the rest of the band, which dives in with a slash-and-burn skronk that echoes Sister-era Sonic Youth. The vocals of Marijn Westerlaken and Tibor Bijl charm, and carry a more natural feel than most post-punkers purvey, while their mildly accented English provides a distinctive timbre. The influence of Canadian heavies Women looms over the proceedings -- and, this reviewer can think of no recent group more worth studying -- but the Dutch four never resorts to copying. Instead, we get great dynamics, as in the outro of closer "Prime Steps," which latches on to a deep, lockstep groove. Order Bird Sounds on limited-edition white cassette with clear case (100 copies) or as a digital download right here; we highly recommend checking out the entire thing via the Bandcamp embed below. -- Edward Charlton

>> Some artists are considered one-hit wonders, still others considered to have created a defining work. And while drone sculptor William Basinski is decidedly in that latter category, we can all imagine the possible frustrations and (at the very least mental) challenges an artist can face creating work in the wake of a so-called "defining work." Which is a long way of saying, for music fans who may not have Mr. Basinski's name at top of mind, where does one go when one has created what is perhaps the defining drone release of the last fifteen years, as Mr. Basinski did with his tragic, beautiful and solemn The Disintegration Loops albums (which were reissued for their 10th anniversary in 2012). Basinski released a set in 2013 called Nocturne that somehow evaded our critical attention, but we were very pleased to learn about his latest collection, which will be issued on 180g, white vinyl May 25 by Temporary Residence, Ltd. The new set is titled The Deluge, and it includes three compositions: a title track, "The Deluge (The Denouement)," and "Cascade." A companion CD and digital issue goes by the title Cascade, comes out a month earlier, and may or may not feature a different running order -- the notes from the label are a bit confusing on that point. But one of these tracks, or at least a portion of same, was released to the wilds of the Internerds recently, and it is phenomenal. The delicate, poignant, soul-touching "Cascade" twinkles and breathes and spreads in every direction, and sounds as if it is built up from layers of short, meandering piano key caresses and buttressed with delays, reverb and natural signal distortion. An excerpt of the tune can can be streamed via the Soundcloud embed below, and purchased on LP here and CD right here. Without the tragic context that surrounded The Disintegration Loops, perhaps The Deluge / Cascade will not find as large an audience. But it is nonetheless terrifically affecting, and we highly recommend it to your attention.