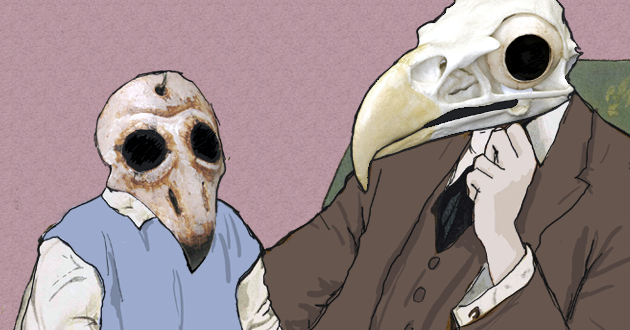 >> Benjamin Shaw is a favorite of this blog, and longtime readers will recall that the Londoner's music can be dark and challenging, as well as stunningly beautiful. Mr. Shaw's latest release, his fifth long-player by one count, is amusingly titled Guppy, a name that suggests something cute and inconsequential, adjectives that reasonable minds will never apply to Shaw's music. Guppy presents a series of contemplative, textural compositions and recalls his two most experimental releases, 2010's sinister wonder Rumfucker and 2013's increasingly abstract Summer In The Box Room [review]. The set opens with the gloomy, doomy dirge "Pride Of Canada," a side-long wink at Shaw's Canadian roots; the feedback and throbbing parts momentarily for a couplet from Shaw, resumes, then recedes for more sly lyrics and an unsteady denouement. "Good Arrows" patiently thrums a bass line out into eternity -- through occasional clouds of spectral voices and implied, supporting chords -- and echoes the work of classic Louisville post-rockers The For Carnation. Despite Guppy's ominous opening, there are moments of uncharacteristic serenity (the first in the catalogue to our memory) in the poignant, affecting "Fishing With Dad (No Dad)." The number asserts itself mildly via impulses of piano, pizzicato strings and streaks of field recordings that conjure reveries of a long-gone dawn in a perhaps never-was great outdoors. The collection ends very strongly with the beautiful, almost benevolent droner "Not Today, Satan," whose persistent density makes for a neat bookend to a fairly magical record. Tokyo-based microlabel Kirigirisu released Guppy July 13 in a limited edition of 72 compact discs and as a digital download; the CDs are hand-numbered, packaged in a paper sleeve, and come with two stickers, which we recall is the standard deal with Kirigirisu releases. Purchase Guppy in either format right here, and stream the entire collection via the Bandcamp embed below. We feel compelled to remind readers that Shaw's There's Always Hope, There's Always Cabernet, released by Audio Antihero, was our third favorite record of 2011 [list]. Also worthy of note in these electronic pages is another Kirigirisu release issued July 13, Nathan Derr's Abscessant. Mr. Derr hails from Portland, Ore., home of our beloved Lubec among, of course, many others, and his new collection of nine ambient compositions is perfect for late night zones or leisurely days at the library. Abscessent is available in a limited edition of 50 CDs and you can stream the entire set via the second embed below.

>> If you don't yet know the name Funeral Advantage, and you are a reader of this blog, well, that's pretty weird. But -- to the extent they exist now that the band has been championed in the normo-o-sphere -- the young band's days of relative anonymity are numbered and grow short, as the dazzling debut long-player Body Is Dead from the dream-pop act masterminded by Tyler Kershaw is poised to break big this summer. The collection is heralded by two terrifically appealing preview tracks, "Sisters" and "Gardensong." The former is a forthright and uptempo pop gem with whispered vocals and gently stuttering guitars in the verse that blends youth and longing right there with the lightning in the proverbial bottle; its timeless chorus breathes over linear guitar leads and burbling synths, and really could go on forever with nary a complaint from the Clicky Clicky mindhive. Despite its (Cure-esque) title, "Gardensong" is less precious, but no less affecting. The dashing tune is led by bright guitars and a sturdy drum track into a palpable mist of clean reverbs. Both numbers are undeniable hits, and at the moment there is no record we are more exited to hear this year. Body Is Dead was performed, written and recorded by Mr. Kershaw, and features additional vocals from Chelsea Figuerido. The 10-song set -- which takes its name from its 10-minute-long closer -- will be released on 12" vinyl, cassette and as a digital download Aug. 28. The vinyl will be available in a limited edition of 300 pieces (200 pressed to black media, 100 pressed to "dirt maroon") from the New York-based label Native Sound; a domestic cassette release (limited to 100 pieces, 80 "red glare" and 20 "darcia?") is being handled by Boston's own Disposable America, and a cassette version will also be available in Japan via Miles Apart. Funeral Advantage previously released a number of EPs and split singles with Caténine and Former Ghost, and completists will be pleased to learn that The Native Sound has packaged all of this up into special "Starter Packs" that can be ordered in tandem with Body Is Dead right here. For those who want to try before they buy, there is a fair amount to listen to at the act's Soundcloud page right here. Stream "Sisters" and "Gardensong" via the embeds below. Watch a fairly devastating video directed by Wooden Grain Films for "Sisters" from the new record right here.