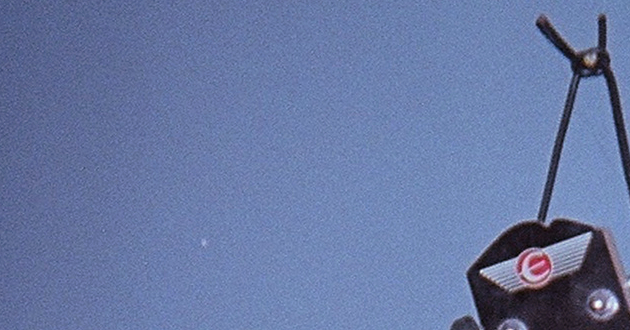 >> Sudbury, Mass. guitar-pop act Plums was an unknown quantity here at Clicky Clicky HQ until earlier this summer, but the quartet's strong, seven-song debut Jen quickly and most satisfactorily remedied that. The set is rife with the kind of sparkling, fluorescent and classicist pop jams of which we can all always use more. The foursome's springy, delayed guitars and crisp vocals conjure something reminiscent of Philadelphia indie pop luminaries Literature's fantastic Chorus album from last year, if there were actually, well... more chorus, and a yet stronger '60s-indebted dream-pop vibe. After Jen's bouncy opener "Parking Lots," Plums drop "Julia Gloria," a brilliant, Beatles-esque acoustic strummer that sees the Sudburians achieve a certain spectral beauty amidst washes of sound and electric-guitar crescendos. Though the campfire acoustics in each channel persist, the band incorporates sufficient dynamics to maintain the riveting beauty of "Julia Gloria." Follow-up "Lounger" takes that instrumental set-up to its logical conclusion, before "Fine Madeline" reintroduces the Captured Tracks-inspired, rainy-day guitars and the loopy bass work first established with "Parking Lots." Instrumental pieces such as the title track and the trippy, backwards "They Love Me They Love Me" further posit a notion that this young band could be an American response to neo-psychers Tame Impala. Perhaps better, though, than placing heaps of expectation on Plums, it would be best to instead consider this young act one to watch, as such attention will be rewarded so long as the act continues its gorgeous pop experimentation. Jen was released by Minneapolis-based Forged Artifacts July 14 in a limited edition of 100 goldenrod-colored cassettes (only six remain as of last week) and as a digital download. Stream the entire set below, and click here to purchase it in one of the available formats. -- Edward Charlton

>> Baltimore-based indie pop concern Princess Reason are one of those acts we watch that comes 'round with fair regularity, scatters a few strummy lo-fi gems about the proverbial place, and then walks out the door toward the next waiting heartache. Each new release presents an opportunity to take a deep breath, clear one's head and meditate (ruminate?) upon the act's uniquely bummed but capably wrought music. Last month the trio disclosed it had teamed up with Nebraskan Coast records for the imprint's inaugural release, which will be a three-song 7" from Princess Reason titled Your Divorce, which is due Aug. 14 and available for pre-order now. Princess Reason has consistently traded in a certain scrappy subtlety, tucking analog suspense into the edges of its recordings' stereo fields, so we imagine that much-talked-about vinyl warmth will translate well for the trio. The aforementioned single's lightly chugging A-side does, too, while presenting a decidedly more electric, full-band sound than much of the material we are familiar with. "Your Divorce" vamps on a hiccupping melody and full, persistent bass that sounds to this reviewer like Pavement at their twangy, podunk best, although thankfully devoid of Stephen Malkmus' detached irony. The song is instead shot through with some very real and direct sentiments regarding (presumably) a parent's frayed marriage. Following the clenched-throat breakdown in the song's midsection, the rhythm section falls back in to groove during that devastating refrain – "I can't wait for you to leave New York, I can’t wait for you to get divorced." Sure, disappointment looms large on the mind of Princess Reason, but at no point does it fail to enrich such quality homespun pop as this. Pre-order your copy of the Your Divorce single directly from the band right here. -- Edward Charlton

>> We discussed last April here in these electronic pages Flout's charming Gims full-length, noting that the Art Is Hard-issued collection was a subdued and tasteful lo-fi cassette release from the mind of Weymouth, New York's John DeRosso. Full of fractured pop gems, the collection felt worn-in and welcoming, purveying a vibe that is just as appealing during the recent searing summer days as it was during spring’s first bloom. We were pleased to stumble upon a new standalone tune, "Sinker," on Soundcloud in recent weeks. Though tagged as a demo, the introverted and intimate recording would fit well on Gims, as it stays true to that album’s piecemeal song structures and chilled-out fuzz passages with aplomb. Opening with a frail, acoustic guitar lament set against DeRosso's steady and true vocals, the piece reminds of how Flout (much like Princess Reason,discussed supra) uses lo-fi methods to cut to the core emotion of the narrator and tune, rather than the more typical approach of using noisy recordings to mask them. It works wonders, as the production figuratively transports the listener right there into the bedroom, where the distorted guitar and thin, faux-strings from the synth likely sound yet more impactful, even devastating. This reviewer looks forward to LP2, but for now you can stream "Sinker" via the Soundcloud embed below. -- Edward Charlton