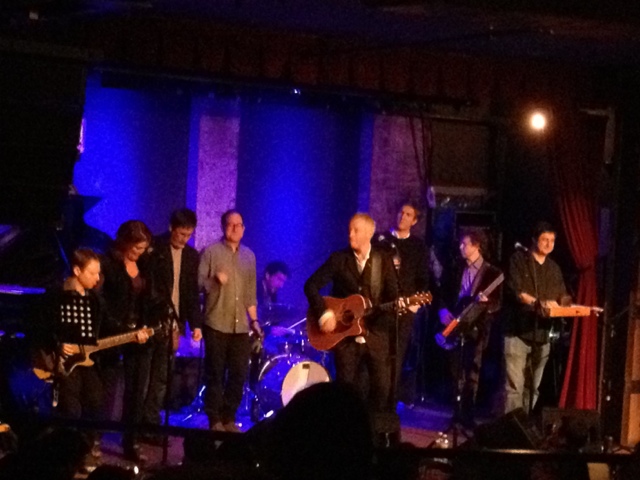 In New York City for the WFMU Record Fair and got to see this fun night. A regular periodic series at City Winery, this night being recorded for NPR for the first time, John Wesley Harding's Cabinet of Wonders pulls in guests from music, comedy, and literature in a way that you can only seem to make happen in New York City.

Harding made for an affable host, performing a few songs now and then with his band, but making ample generous room for his guests John Darnielle of the Mountain Goats, who performed a new as-yet-un recorded song and "High Hawk Season" from this year's triumphant All Eternals Deck; The Hold Steady's Craig Finn, who played a pair from his forthcoming solo debut; The Walkmen's Hamilton Leithauser, who surely must be the only person to ever cover Beach House and Frank Sinatra; former Coldwater Flat drummer turned Pulitzer Prize-winning novelist Paul Harding and Emma Straub giving terrific readings, Eugene Mirman making with the funny, and oh, hey, Roseanne Cash too.

A well-paced continuous variety show-vibe made it feel like an old-timey supper club. 'twas fun, but now to bed. For tomorrow we rise... And buy records!