Review: Infinity Girl | Stop Being On My Side 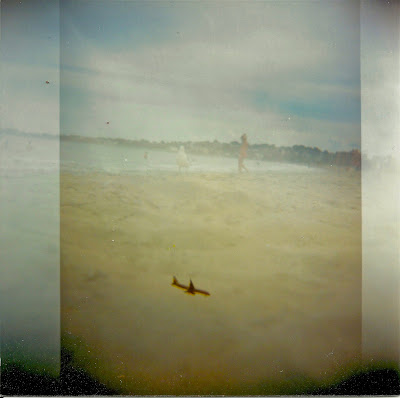 Upstart Boston quartet Infinity Girl last month quietly released a dominating debut, a seamless collection of 11 shoegaze songs that evidences a remarkable facility for recreating the cacaphony, exhalation and swirl that are hallmarks of the genre. The great paradox of apparent success for shoegaze adherents is that successfully emulating the sounds of its most prominent forebearers doesn't afford contemporary bands the opportunity to establish a singular personality upon which to trade. But on its long-player Stop Being On My Side, Infinity Girl with some regularity fearlessly steers into the genre's margins, where listeners can hear the band starting to plot where the past ends and Infinity Girl begins.

That the Boston act has produced something this good only six months after playing its first show is astonishing. Stop Being On My Side is stacked with anthemic, guitar-drenched and melodic noise-pop the likes of which we haven't heard since the last Fleeting Joys record. The Bostonians' "Please Forget" is textbook shoegaze in the very best sense, spiraling, dense and emotionally engaged. The beautifully blurred verses of "By Now" set off triumphant, swooning choruses punctuated by octaved guitars approximating clarion blare. The most immediate numbers impressively channel the classic sound of recently reactivated titans My Bloody Valentine (the shape-shifting "Pulling A Smile From A Drawer;" the sculpted, fiery album opener "Poppyblush"), but there is substantial charm to be found in the songs that echo the sounds of less obvious progenitors such as Yo La Tengo ("Even If"), Velocity Girl ("Cellophane And Gold") and even Pavement (compare the meandering denouement of "Cannons" to the bridge of the fabled slackers' "Starlings In The Slipstream")

Infinity Girl's remarkable acuity for echoing My Bloody Valentine is all the more notable because it goes beyond a recreation of the elder band's sonics. Perhaps more than any peer in recent memory, Infinity Girl succeeds at emulating the Dublin-spawned act's sensual/sexual appeal where most contemporaries often present cold and detached. It's in the pulsing breaths of the bending chords of "By Now," and the insistent, quietly violent arc of feedback throughout "Even If," which spreads like a line of skin appearing from beneath an unstoppable tear in a black stocking. And, if we are hearing the (naughty) lyrics correctly, it is explicit in Infinity Girl's "Void."

But as stated supra, it is when Infinity Girl incorporates elements of ancillary styles such as power-pop ("Cellophane And Gold") and even emo (the startling shouts that punctuate "Cannons" also puncture the mesmerizing record's fourth wall somewhat) that the proceedings begin to take on a unique flavor, and the resulting hybrid that populates Stop Being On My Side brims with melodic and textural possibilities. Infinity Girl self-released the set via Bandcamp May 8; check out streams of "Even If" and "By Now" below. The foursome's next local live dates are at Precinct in Somerville Aug. 4 and TT The Bear's in Cambridge Aug. 30. If they can do it again like they did it last time, those shows will definitely smoke.

Outstanding original writing here, Jay! It's so hard to describe music well and you certainly do--that line about the run in the stocking is fabulous. I'm a huge shoegaze fan of course and I'm going to acquire the album. Thanks for the tip!!

Oops, I forgot to say the Infinity Girl is the about the best possible name for a shoegaze band...

Jay, I'm listening to the album now, and it is *so* excellent, thanks again for the tip! :D :D :D