[PHOTO: Matt Dressen, used with permission] Austin-based shoegaze titans Ringo Deathstarr left an indelible mark on Portland, Ore., Thursday night, during an electrifying performance supporting the trio's second full-length, Mauve. In contrast to the protracted span between the band's first EP and first long-player, Mauve arrives this week not terribly long after the trio's acclaimed 2011 long-player Colour Trip [review]. The new collection reiterates The Deathstarr's knack for taking wisps of dream-pop and shoegaze nostalgia and refining them to the point of orderly perfection. Beyond just a showcase for kicking ass, Mauve evidences the group pushing the boundaries of its songwriting, establishing a new beachhead among harder rhythms and melodies more dependent on crystalline vocals.

While band leader and guitarist Elliot Frazier regularly receives the lion's share of attention for his songwriting and attitude, the spotlight on Mauve -- due Sept. 25 on Club AC30 and Sonic Unyon -- seems to be more shared than ever between all three members. For example, Mauve opens with the brilliant "Rip," which situates Ringo Deathstarr bassist Alex Gehring front and center, not only as a vocal presence, but also with her fuzz bass often beating out the guitars in terms of volume. Indeed, her bass work drives much of the album and, instead of sticking to driving root notes this time around, her work is heavy, delightfully approaching grungy post-hardcore territory. 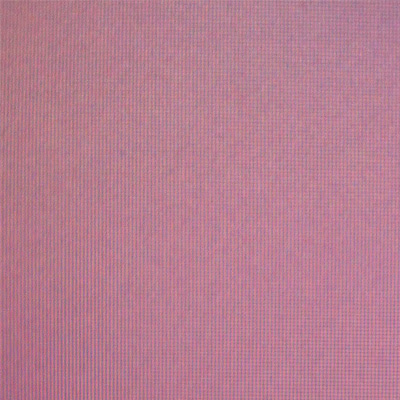 While exploring the slower tempos, deep grunge vibes and electronic elements, the band retains the chops to produce the Frazier-fronted, two-minute barnburners upon which Ringo Deathstarr built its brand. "Slack" may be one of the best of these; here Frazier amazingly takes a slot-car racing metaphor (perhaps?) and throws it up against hormonal dream-punk. And, of course, there's the signature whammy chords and some hardcore tempos to give the monster an immediacy that only this band seems to be able to pull off so consistently well. With this one song alone, the Texans prove they can get more popular, change lineups, tour the world, but still remain the beautifully disaffected punks early press was eager to paint them as.

The band's live performance Thursday at Slabtown in Portland presented a positive prologue to this week's album release. The set was appropriately heavy on new material, and showcased how well the songs stand up in a three-piece configuration in a dank punk bar with poor sound. New song "Girls We Know" was fueled by Gehring's subterranean bass filtered through some odd pulsing pedal that induced feedback and myriad kaleidoscopic squeals -- not the normal approach to the four-string. Colour Trip classics "Kaleidoscope" and "So High" were met with massive audience response. "Rip" owned just like it does on record. Even "Starrsha," from the band's self-titled 2007 EP, made a quick appearance to appease the old-timers. It bears noting the quite impressive array of guitars and alternate tunings Frazier employed, a sign of highly evolved musicianship that perhaps belies the band's punk overtones.

Thanks, a really well written review. can't wait to hear it, own it, play it, annoy neighbors, etc.