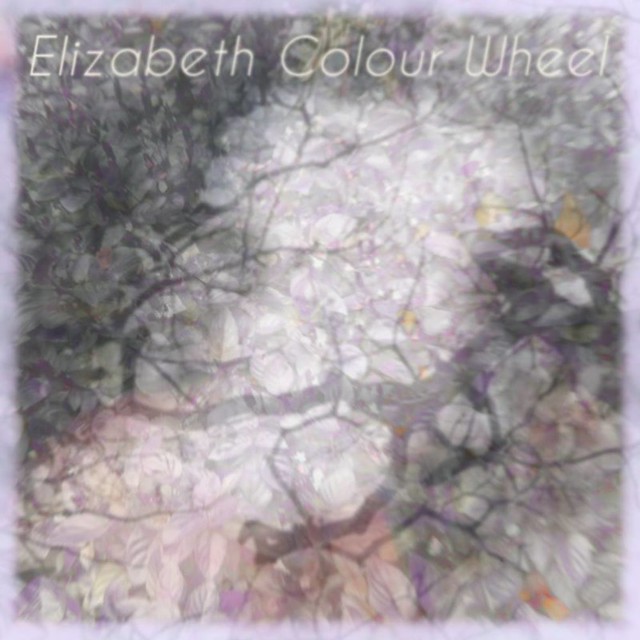 From our vantage here standing on the beach of Boston indie rock (shivering), we see out in the middle distance a new wave of shoegaze forming and heading toward shore. In a way it's not a moment too soon, as the city has had to say goodbye in the past year to stalwart acts -- Clicky Clicky faves all -- Soccer Mom, ambient punks Young Adults, and perhaps (perhaps) even The Hush Now. But the new wave is breaking, and its most promising sounds are presently being emitted by the upstart quintet Elizabeth Colour Wheel

Those finely attuned to Clicky Clicky's affinities will immediately recognize that band name as the title to one of the best songs on the debut LP from our much, much beloved Lilys. So one might argue that Elizabeth Colour Wheel's music could sound like broken glass sliding across the bottom of a cardboard box and we'd still love it. But two solid digital singles in the last eight months proved that the band -- fronter/fiddler Adessa Campbell; multi-instrumentalist Alec Jackson; bassist Billy Cunningham; guitarist Emmett Palaima; and drummer Nate Patsfall -- have the goods, and we are very pleased to be able to premiere for you today ECW's eponymous first EP.

The four-song collection leads with the thunderous "Turbulence," whose opening chug and grungy descent belies the serene verses that follow, and whose moody darkness recalls the work of erstwhile Charlottesville, VA 'gazers Manorlady. "Out Of," which was separately released to the wilds of the Internets both last week to tout the coming EP and as the digital b-side to Elizabeth Colour Wheel's first single, is immediate, recklessly paced and illuminates the five-piece's post-punk edge. The tune also implements what may be the most rocking use of violin in Boston indie music since the days of the late great Dambuilders, courtesy of Ms. Campbell. However, Campbell's assured alto is an even stronger focal point of the fledgling act's music. Her dreamiest vocal is the placid zen center of the relatively jaunty rocker "Lucid," which alternates floating verses and thrashing sections and perhaps most convincingly echoes the influence of the aforementioned Lilys' LP In The Presence Of Nothing (which we're still hoping will be re-released soon). Elizabeth Colour Wheel's enigmatically titled "23" introduces brief vocal harmonies, but the true highlight is the spine-tingling, early Flaming Lips-styled psychedelic freakout in the tune's fifth minute, where Ms. Campbell's unhinged screams send the song reeling.

As referenced above, the quintet released "Out Of" as a single last week, and it is crucial you hit this link and grab it because the virtual b-side "Sugar Cubee" is adventurous, blissful and terrific, and (shockingly) does not appear on the EP. Elizabeth Colour Wheel's next show is in Boston March 27 at an undisclosed location; ping the band or ask a punk for the 10-20. And now, we invite you to listen to Elizabeth Colour Wheel.

Message us on facebook, we'll give you the address to march 27ths show!
Thanks again jay<3