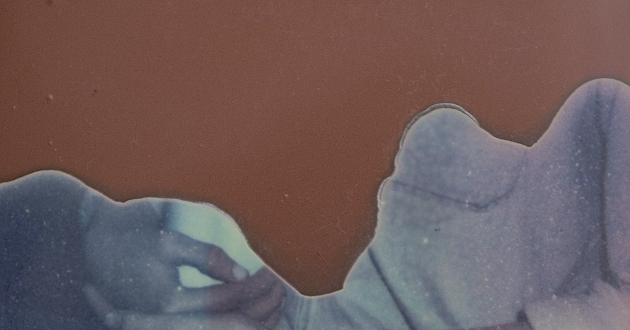 At long last, emo powerhouse Topshelf Records finally disclosed today that it has signed shoegaze heroes Infinity Girl, and will release the quartet's stunning sophomore set Harm in August. As a wise man once wrote, Infinity Girl is an American guitar band forged in the crucible of the Boston underground and now based in Brooklyn, New York. The act emerged in 2012 with a startlingly whole and reverent shoegaze sound on its debut full length, Stop Being On My Side, a set that was equal parts haunting melody and ear-bleeding power; we reviewed the collection here and ran what is likely the band's first interview right here in July 2012. An EP, Just Like Lovers, followed in late 2012 [review] and again propounded the foursome's refreshing proclivity for bending classic song forms toward its will to experiment. More recently the band has taken its music to a darker and more dynamic place informed by both classic post-punk sounds and an increasingly formidable ability to meld noise and hooks in exciting, surprising ways, as fans will note when Harm is released Aug. 28. The set will be available as a vinyl 12" (pressed to three different colors of media and available in a 3LP bundle for insane completists) and digital download, and you can pre-order your copy right here. Which we recommend you do, as we can tell you with confidence that Harm will surely be one of the best records you hear this year.

We have a first preview tune to consider: "Firehead" opens with a pulsing loop of guitar, and is quickly pushed toward fronter Nolan Eley's watery vocal by Mitch Stewart's fuzz bass. The song was premiered on Stereogum earlier, and you can hear it by clicking right here. As terrific as the song is, it is not alone: Harm is all killer and no filler, and we look forward to cheering the likely stream of subsequent singles as we head toward the release date. For now, stream "Firehead" via the embed below. Very attentive fans might have noticed a live Infinity Girl set from February at Shea Stadium was posted earlier this year, which not only includes an iteration of "Firehead," but also versions of additional tunes fans could reasonably expect to find on Harm: the towering and smeared instant classic "Dirty Sun" and the bludgeoning, MBV-tastic rager "Hesse." You can stream live versions of those tunes (as well as a selection of Infinity Girl classics) via the embed below. Fans in Boston: mark down July 9 in your date books, as Infinity Girl will be headlining a show that night at Great Scott that will also feature psych-rock veterans Guillermo Sexo, as well as two acts from Portland, Ore. who are kicking off their East Coast tour: Clicky Clicky faves Lubec and Havania Whaal. Full show details are right here; buy those tickets now, and then buy more tickets for your tickets to give out to their ticket friends. In tangential news, San Diego-based Topshelf announced yesterday it had signed west coast indie punks Happy Diving, and will release that act's single "So Bunted" b/w "My Zone" July 17. Happy Diving's previous release, the terrific Big World LP, was released by Father/Daughter Records in 2014 and we reviewed it right here.