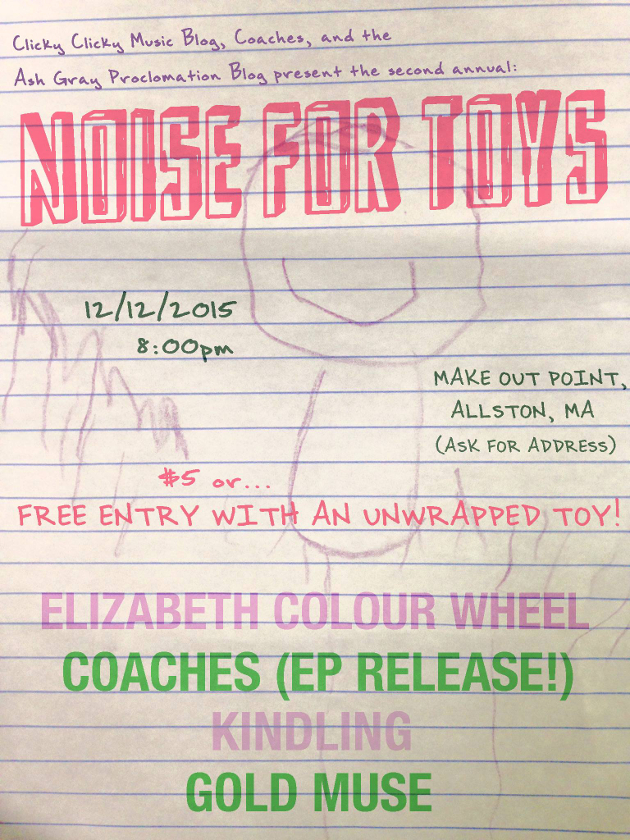 It feels good to give back. And as we age, and recognize how we've relied on others to carry us through the times we needed carrying, that good feeling only grows stronger each time we are able to give. Sure, our virtual lives at times seems like an endless chain of crowdfunding requests, some laughable, others heart-wrenching. But that's for good reason: at its best, the "crowd" is strong, and can accomplish amazing things. Sadly, it seems sometimes the idea gets lost, or at least seems so self-evident as to go unheeded, that the community exists for the benefit of the community. While it may not be apparent on a daily basis, our fortunes all rise and fall together. And a little help from everyone can go a long way.

Take toys. A toy for a kid that has less and needs a little more can mean the world, the difference between hopelessness and hope. To try to help tip the scales toward the latter for as many young people as possible this holiday season, we've once again banded together with our good friends from noise-rock five Coaches and South Shore music blogging standard-bearer The Ash Gray Proclamation to parlay our collective affinity for independent music into something bigger and better: Noise For Toys II. The show is this Saturday at 8PM at Make Out Point, which is an alias for an alternative show space. To get the address, hit us up or ask a punk. While that might seem a touch complicated, the overarching idea is simple. You bring an unwrapped toy to this incredible rock show, we do what needs doing to get it into the hands of a kid, and you get to see four of the finest underground rock acts the region has to offer. Coaches will play, of course, and we've tapped other hitmakers of the day for the event, as well: No Idea recording artists Kindling, rising dream-core goliaths Elizabeth Colour Wheel, and Gold Muse, the recently commissioned collab featuring members of Soccer Mom, Swirlies and Earthquake Party!.

This bill is almost too good to be true. Readers will recall from this piece last week that Coaches is celebrating the release of its terrific new EP Shush as part of the show. Additionally, Western Mass. bigs Kindling are packing up their three-guitar attack and towering wall of sound and trekking to Boston for the show. Released just last month, the quintet's stormy Galaxies 12" touts four tunes that build off its early, Velocity Girl-inspired sound and rev it up with blunt, punky energy. Elizabeth Colour Wheel's recent ascent continues unabated; its very successful 2015 included the release of a debut EP (which Clicky Clicky premiered right here), some well-received singles (including the holiday-themed Dolly Party cover embedded below) and many mesmerizing live shows. Gold Muse just in the past week released to the wilds of the Interzizzles its debut digital single, "Easy Dance" b/w "Sometimes Smiling," and it is light, nimble and intoxicating. The pop-leaning sound may be a bit of a surprise given the combo's component parts, but with ready hooks, fluid dynamics and Deborah Warfield's inviting vocals, each song is a winner. So yeah, we think the show is going to be really great.

Look, we recognize our game is indie rock, and our day-to-day is not about curing society's ills. But at its heart indie rock is optimistic, in that we all believe there is a better way to make, live, and breathe music. There are kids out there that need a reason to be optimistic, too, some sign that there are people out there pulling for them. Let's be those people. And let's rock Saturday night. Let's rock most steadfastly. Stream tunes from the four bands via the embeds below.