Review: Doug Tuttle | It Calls On Me 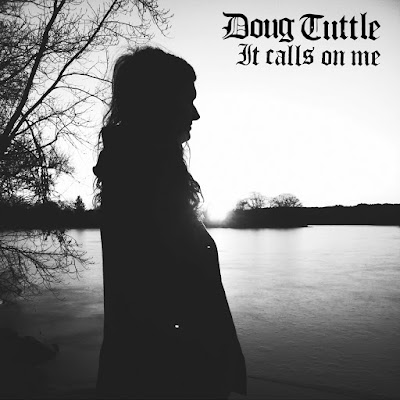 Doug Tuttle's free-and-easy new solo effort, his second, presents nine concise nuggets of sunny psych-pop, each one highlighting his arrangement chops and smooth voice. Like many albums from artists recording for Trouble In Mind, It Calls On Me applies charming production choices to tried-and-true '60s instrumentation, here resulting in a vibe that is equal parts Laurel Canyon and English folk. Mr. Tuttle's bona fides derive from his previously playing in New Hampshire-based droning garage concern MMOSS, and his new collection distills much of that group's bleary sprawl into economic tunes that shower listeners in analog tape warmth and positive vibes. In an election year contextualized by our crumbling environment, Tuttle's new collection of cool strummers is a most welcome reprieve, although it would stand strong even in a more utopian clime.

Upbeat opener "A Place For You" pairs 12-string strumming to plaintive questions, subtle melodies and judicious tambourine. During its final 40 seconds, a squiggly electric and harmonic guitar solo overruns the tune with a well-placed moment of delirium. It evokes The Monkees's more solemn moments, or a hipper Wilco at its most '60s-informed, or even something by the enigmatic Kelly Stoltz, as the elegant, mid-heavy production suggests the precision of both Stoltz and sometime-Wilco member Jim O'Rourke. It Calls On Me’s title track, an album highlight, deftly weds steady riffing, lo-fi soloing and relaxed vocals to concoct something of a bedroom homage to Blue Oyster Cult's "Don't Fear The Reaper." Which is not something this reviewer knew he wanted... but now he knows.

"Make Good Time" and "Falling To Believe" -- the latter may be streamed below -- will readily appeal to Byrds fans on a Sweetheart Of The Rodeo-inspired kick, while "On Your Way" echoes the hard-to-grasp mélange of sadness and mystery that defined Love's timeless classic Forever Changes. It Calls On Me's closer, "Where Will You Go," breaks from the rest of the album by abusing its vintage fuzz pedal circuitry. Halfway through the song's stirring 68 seconds, a guitar solo materializes, but it is quicklyand memorably de-tuned, and the song rapidly achieves chaos before sputtering out. It's an appealing diversion that stands out in the persistently pleasing collection of songs. After that short blast, one wonders if the smooth, sanded edges of the rest of the album hold its songs back to some degree, but across the proverbial board the craftsmanship is nonetheless impressive. For those wanting an easy-to-digest listen that combines much of what made mid-'60s psychedelia and early-'70s soft rock timeless, It Calls On Me is great place to start. A tour supporting the record closes out tonight in Portsmouth, NH at 3S Artspace with support from Herbcraft. Order the album right here, and stream "It Calls On Me" and "Falling To Believe" via the embeds below. Tuttle's self-titled solo debut was issued by Trouble In Mind in 2013. -- Edward Charlton