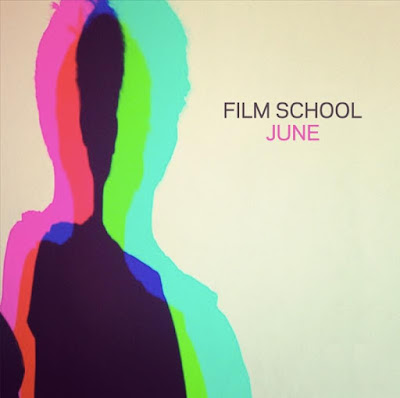 Rock historians have yet to come to a final consensus on the now-infamous early-aughts post-punk renaissance, which burned brightly in the American underground and elsewhere for a few years before becoming something of a punch line. Still, it is certitude that for all of the more limp major label cash grabs (which spanned from big dogs like Interpol to smaller acts like Moving Units), there were more noble and original artists digging deeper to develop greater insight into influences that others thoughtlessly incorporated rote. To this reviewer's recollection, no artist of the time established a sounder legacy than San Francisco's Film School, a five-piece led by sole constant member Greg Bertens. Though the band released five albums and an EP during its lifespan, its 2006 self-titled sophomore release on Beggars Banquet best captured both the anxiety and delight of the era in its brilliant songs.

On intricate, thoughtful compositions like "Harmed," "Breet," and the bonus-track/career highlight "P.S.," Film School's eponymous effort combined the throaty lilt of Robert Smith with simple bass lines, a shoegazer's sense of guitar texture and the bummed-slacker vibes of '90s rock (the involvement of Pavement members early on in the Film School discography should not be surprising). Following the release of Film School, the lineup shifted and the album's perfect alchemy would not be replicated. By the time the follow-up Hideout appeared in 2007, the band had moved on to a denser and more ethereal sound, possibly to counter a backlash that the movement as a whole was beginning to experience. The band dissolved four years later, and that was the end of that. Until now.

Perhaps in acknowledgement of the legacy of Film School, the band's circa 2006 line-up returns a decade later with the new four-song EP June. The digital release presents the same crystal clear guitar delays and snappy drums, while gothic distortion tones dominate. On opener "City Lights," an epic crescendo of fuzz and cymbals sets the scene. Evoking a night's drive on the Pacific Coast Highway, the tune at least metaphorically assesses the journey of its members; Bertens' echoed vocals join in for a brief refrain. "Give Up" reintroduces the driving post-punk bass and drum work that marked many of Film School's best uptempo tunes; a pinging guitar line in the right channel adds just the right amount of retro and spacey futurism. "Waiting On A Cause" hints at a loungey groove and delivers requisite surf guitar lines. In its simplicity, space and mysterious-yet-hummable chorus, "Cause" is the track that best recalls the sound of 2006 in its yet under-appreciated glory. Bertens mostly sticks to the smooth and silky singing style of the band's later years and slower tracks, and (sadly) eschews the cool croon he commanded so well on the self-titled album (perhaps that smacks too much of the era still). Otherwise, June is a solid rock release worthy of Film School's excellent arrangement and production talents, a release that serves not only as an album teaser, but as proof that the classic lineup's chemistry was no fluke. Purchase June from the band's website right here. -- Edward Charlton