Ironically, it hasn't felt like summer in Boston since mid-spring. But this video makes up for it. "Feels Like Summer" is the first single from Johnny Foreigner's forthcoming sophomore set Grace And The Bigger Picture, which will be released this fall by Best Before Records in the UK. The Birmingham, England-based noise pop titans are also slowly rolling out dates for a UK tour in October, the growing list of which you can review here. It will spend the summer making the usual festival appearances -- those dates are listed at the band's MySpace dojo right here. No word on supporting acts for the tour, but we certainly have some suggestions... particularly since Varsity Drag is already going to be over there.
Posted by Unknown at 6/24/2009 08:07:00 PM 0 comments 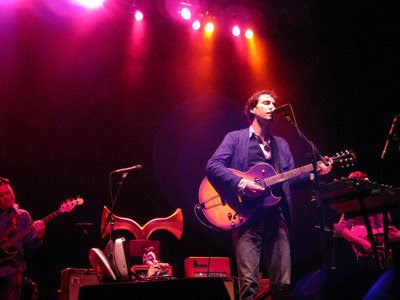 [We are pleased to welcome to these electrical pages the reportage of Michael Piantigini, guitarist for the recently resuscitated (but now we believe doubly defunct) indie rock outfit Lump and all-around cool guy. Mr. Piantigini's schedule is full, his taste is impeccable, he is a great shot with a camera, and we are fortunate to have his help filling inches with a new column we are calling Rock Over Boston. As you can see below, Mike had a busy Friday night. -- Ed.]

With the humidity high and the weather threatening the Boston waterfront’s Bank of America Pavilion last Friday night, Calexico fought for the last few minutes of sunlight with their southwestern film soundtracks. All Morricone and mariachi, they were facing an uphill battle trying to catch the attention of the late arrivals that, er, weren’t really arriving. As such, who could blame them for not quite catching fire in the way that you’d hope?

Andrew Bird is a musician’s musician. It’s hard not to admire his musical curiosity, willingness to experiment and improvise, and effortless arrangement chops. He opened the show by taking the spotlight gently plucking simple (and sometimes not-so-simple) melodies on the strings of his violin. With a stomp of his foot on a sampling pedal, he’s on to a counter-melody –- maybe this time it’s a bowed, bent note digitally dropped an octave, or just a few seemingly disjointed notes on his glockenspiel, or a whistle. As often as not, he does all of these things and pieces them together and it feels like magic.

If not magic, there’s definitely some mastery involved -- I’ve seen these sorts of set-ups fail embarrassingly on stage, but not for Andrew Bird. It’s obvious that he could do this all night and it would be mesmerizing. Instead, though, these meanderings provide interstitial diversions or extended intros, and the rest of his talented band somehow manage to latch onto the wavelength that seem to be coming directly from this over-stimulated musical psyche.

All this, and songs too: the meat of the show was a six-song run from his excellent latest album Noble Beast. ”Fitz and the Dizzyspells,” had a terrific harmony hook in the chorus that is as pop as it gets. He followed this with that album’s more traditionally folky “Natural Disaster” and “Masterswarm,” the latter with subtle flamenco rhythms and guitar flourishes. These were only prelude to “Anonanimal,” that built to a crescendo that reaffirmed the dedicated and made fans for life of the casual fans within earshot.

That was the point where you realize that this was one of those shows that, without you realizing it, had set up a transcendent moment that incites a crowd into an almost involuntary response. Seated throughout, mesmerized by the spell being conjured by Mr. Bird’s swirling, looping, octave-shifted string and whistle samples, the audience was whipped out of their seats as if moved by a preacher. In much the same way, this crowd was his.

Shortly thereafter, Calexico -– horns and all –- joined Bird and co. for a rousing “Skin Is, My” from the commercial breakthrough “Andrew Bird and the Mysterious Production of Eggs.” Of course, it wasn’t enough that there were now ten musicians on stage -– this song, too, was built upon layers of plucked violin samples. It was staggering and fun. On more crowded nights, I wonder if the security would have been so forgiving of the dancing in the aisles.

Much is made of Bird’s genre-jumping, and he does effortlessly weave together a traditional quilt of all kinds of music –- pop, folk, gypsy, spirituals, etc., etc. -- but it all felt like Andrew Bird music, not some derivative disjointed collection. A fantastic solo version of “Why,” from 2001’s The Swimming Hour, for example, is a kind of bluesy torch song, except he made it utterly his own by building it on an extended loop of strummed violin, riffed on throughout both plucked and bowed.

While wrapping up the show during his encores, Bird name-checked our own Middle East, Johnny D’s, and TT the Bear’s, talking about how he got his start in those clubs. He seemed to really remember them fondly, and maybe some of that energy fed this show, which was much more raucous than his Orpheum show a few months ago.

One genre Andrew Bird most definitely did not own this night was good old-fashioned Boston rock. While some bands may only get their start at the smaller clubs, others thrive their whole careers in those places. With a short Silver Line/Red Line trip after Bird’s show ended, I made my way just across the river to TT’s, but it may as well have been a million miles, and, well, about 25 years.

The late, great, and lamented Homestead Records label is enjoying a bit of a modest renaissance these days with its-about-time reissues of Dinosaur Jr, Big Dipper, and Volcano Suns among others. Notably still not reissued is catalog number HMS-001, titled Basic Blackjacks, the debut of Boston legend Johnny Angel’s banc the Blackjacks. They were tearing it up for the first of two nights at TTs to celebrate the 25th anniversary of that record with a TT’s crowd of long-time local rock luminaries who remember (and shared) their history. I swear -– there was even, however briefly, some slam dancing.

After midnight, the 80’s turned into the 90’s, and The Gravel Pit took over with their catchy pop hooks, Lucky Jackson’s power chords, and Jed Parish’s deep howl and meandering farfisa solos. As if their sound wasn’t big enough, The Figgs’ Mike Gent joined in for a few too. After a few mostly-empty recent visits there, it was great to see a packed TT’s again. -- Michael Piantigini

Johnny Foreigner -- "Champagne Girls I Have Known" -- I Like You Mostly Late At Never
[right click and save as]
[buy Johnny Foreigner stuff from EMusic right here]
Posted by Unknown at 6/20/2009 08:59:00 AM 0 comments 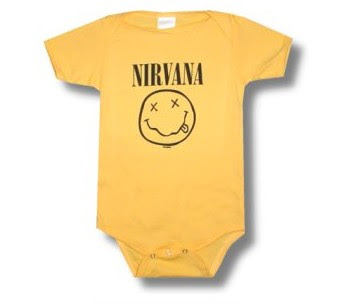 If you are reading this message, then our daughter has been born, and :: clicky clicky music blog :: has entered hiatus until we figure the whole parenting thing out. Fear not, however, as we are not leaving you completely out in the cold. We expect to be as active on Twitter (@clickyclicky) as possible during the hiatus, so please consider following us there. And a note to our band and publicist friends: please, no more unsolicited physical promos. From here on out these will go right from our mailbox to the Salvation Army, as we haven't the room to deal with them any longer. We're still happy to receive physical promos we specifically request, of course. Thanks for reading along for the last few years, and we hope to be back doing the same old stuff here when possible. Obviously, there will be fewer updates going forward, but we'll do what we can. Until then, to quote Homer J. Simpson, "No! No! No! Don't stop a'rockin'!"
Posted by Unknown at 6/08/2009 03:20:00 PM 2 comments