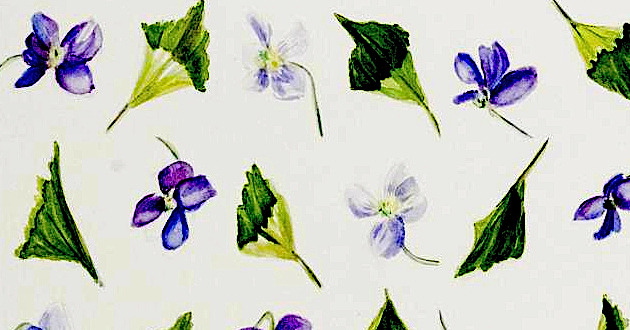 >> We've been listening again and again to a full-length issued earlier this month from a fellow named Robert Robinson called Connecticut River. It's a ridiculously engaging melange of bedroom pop, free-k folk and ambient exploration that somehow becomes more mysterious even as it reveals more and more of itself over the course of repeat listens. Clicky Clicky gets particularly jazzed about acts that create, furnish and inhabit singular sonic worlds, and Mr. Robinson and his Connecticut River Band (we are assuming the band exists, but would also not be surprised were it mirage) beautifully express a certain insularity or reverie with their loose, expansive compositions. Sometimes, as on the meandering instrumental album highlight "Chill Buds" or opener "Hocus Pocus," the songs stretch toward a distant horizon. While "Song for Popop" is a folksy and minimal bit of slow-core that recalls contemporary work by New Dog, the bulk of the proceedings has a free and psychedelic bent that makes the set as unpredictable as it is enjoyable. Indeed, the dazzling "Slice Raga" faintly echoes the finer moments of the Deerhunter oeuvre, and "Birds Majesty" sounds like an outtake from Pink Floyd's The Man + The Journey. Some light Googling tells us the prolific Mr. Robinson is the primary songwriter from long-running Western Mass. psych folk foursome Sore Eros, which is perhaps best known for its 2013 split 9" -- yeah, you read that right -- with notable Philadelphian Kurt Vile. But Connecticut River is so very impressive, it doesn't seem like it is simply tunes that are Sore Eros seconds or cast-offs. The set was released by Northampton, Mass.'s Feeding Tube records as a digital download Nov. 6, and we highly recommend it to your attention. Stream all of Connecticut River via the embed below and click through to purchase.

>> One can never be sure with the Johnny Foreigner folks -- especially as it wouldn't be terribly unusual for the legendary and Birmingham, England-based fight-pop survivors to issue a song for Christmas -- but at least presently it appears that the final release of 2014 from a member of its cohort is Fridge Poetry's slightly delayed but altogether excellent recent EP, Omstart Sessions. Fridge Poetry, as devoted readers know, is helmed by Johnny Foreigner drummer Junior Elvis Washington Laidley, and is a vehicle for Mr. Laidley's visceral and moving electropop compositions, which rely on guest vocalists to write and sing vocal parts. This latest, five-song set is actually a bit more rock- and guitar-oriented on the front end, but settles into a more blissed and electronic vibe on the final two numbers. The EP is highlighted by the bracing and twinkly emo anthem "Like Poetry," which features dynamite vocals from The Weaks' Evan Bernard, and the burbling closer "Waste Time (CrashDown Redux)." An entrancing video for that latter cut was premiered at Punktastic yesterday, and we humbly suggest that after you've wrapped up your business with Clicky Clicky this day you click this hyperlink and take a gander at said video. Other featured vocalists on the Omstart Sessions EP include Clicky Clicky fave Pete Dixon of Calories and Sunshine Frisbee Laserbeam, Saam Watkins of London emo giants Playlounge, Emmalee Lovelace of Lint, Rob Slater from The Spills and Elos Arma. The EP is available as a standalone digital download, and also in a bundle with a t-shirt or three posters; the shirt art and posters were all designed by South African artist Anja Venter. You can peruse all of your purchase options by clicking through the Bandcamp embed below after you've streamed the EP, which is awesome, and what are you waiting for, and et cetera. Omstart Sessions was self-released Nov. 6. Johnny Foreigner released its titanic fourth LP You Can Do Better in March [review].