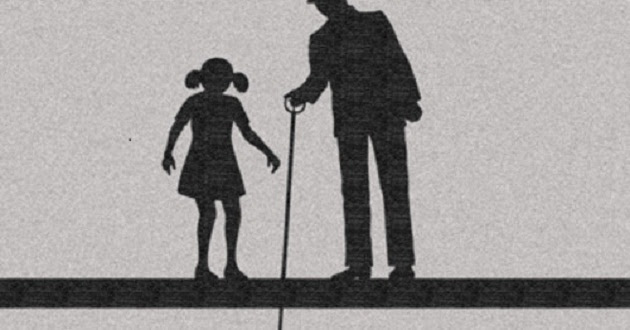 >> The placidly spiraling first label release from self-styled "non-guitarist with a guitar" Steiner, the nom de guerre of Belgian Stijn Hüwels, is a captivating collection of ambient compositions. The set, titled At Or From A Distance, will be issued Feb. 17 via London-based experimental label Glass Reservoir in a limited edition of 50 handmade CDs or as a digital download. Each of the seven tracks contained therein gorgeously swell with gently modulating guitar samples that cycle in and out of perception like so many ocean waves. The compositions are virtually edgeless and form a lush, connected suite that would play perfectly as a score to emotional scenes from a futuristic sci-fi romance. Opener "Topography/Hiro (I)" emerges from atypically utilized white noise and distant whispers, but before long Steiner throws the switch on a looping and smooth long-form delay melody that repeats as echoes from a field recording construct an aural atmosphere to house it. "Unsettling (Evening Before Bedtime) (VII)" patiently strides along long ambient drones, while a melody fighting the monotone underneath powers the piece's great push-and-pull motion. This builds in intensity and volume until the four-minute mark, where the piece suddenly embraces a complex strum that ultimately brakes up, evaporating into dead air. "The Opposite Of Now (VI)" is a distinct highlight, perhaps Steiner's "pop song" of sorts. The composition wanders peacefully but eventually locks into a motif that is both uplifting and elegiac; its repetition is as entrancing as it is catchy, and reinforces the cinematic charm of the entire collection. Stream the set's "I Seem To Glimpse You In Every Window (II)" via the Soundcloud embed below. Pre-orders for At Or From A Distance -- surely another unqualified victory for Glass Reservoir -- will be taken (here, in all likelihood) beginning Jan. 31. -- Edward Charlton

>> Detroit post-punk unit Protomartyr will April 8 issue what promises to be a cracking sophomore long-player, Under Color Of Official Right, via Sub Pop-offshoot Hardly Art. The first preview track from the quartet's forthcoming, 14-song set is the anxious and menacing exhortation "Scum, Rise!" The track exudes the sort of early post-industrial nihilism and defeat whose roots clutch late-'70s England, where acts like Joy Division and Gang Of Four internalized and then memorialized the physical and spiritual decay of Manchester and Leeds respectively. The members of Protomartyr likely need not look for inspiration -- or, indeed, whatever the opposite of inspiration is -- outside the confines of their native Detroit (the metropolis is presently bankrupt, although its art holdings were recently saved from liquidation by $330 million in donations). Perhaps as a result of the strife in their environs, perhaps not, "Scum, Rise!" seethes within its atmosphere of boxy reverb. Discordant guitar notes pulse in the space between fuzzy floods of stinging chords and hungry cymbal crashes, while fronter Joey Casey drawls verses through gritted teeth. The tune is as bracing as it is harrowing, particularly as Mr. Casey warns "there's nothing you can do, nothing you can do, nothing you can do, nothing you can do..." While it is harder and darker than the earlier tunes posted to Soundcloud, "Scum, Rise!" throbs with vitality and will certainly keen the interest of post-punk adherents. Pre-orders for Under Color Of Official Right are not yet being taken, but watch this space. Stream "Scum, Rise!" via the Soundcloud embed below. Protomartyr's prior label Urinal Cake reported here earlier this week that it has sold out of a second pressing of the Detroit act's 2012 debut LP No Passion All Technique; the first pressing sold out in less than two months.

>> Let's leap from Hardly Art to Art Is Hard, because life should be mildly confusing but filled with indie rock and exciting verbs. Exeter-based Art Is Hard is relaunching its rock-solid Pizza Club single series for 2014 (they spent 2013 away from pizza boxes but engaged in a similar enterprise via postcard). Every other Friday this year Art Is Hard will reveal an exclusive single for free download, and then sells only four (that's right, four) hard copies; the hard copies come on a 5" CD stuffed into a 7" pizza box (hence the series' moniker). In 2012, these hard copies were snatched up in seconds, so if you are a physical media completist with an ear for great indie pop, prepare for routine, crushing disappointment -- but also regularly dispensed bits of indie pop delight. The price for the singles series ranges from free to a mind-boggling ₤125, but sadly, that deluxe top tier (which included a pizza date with the label proprietors) is completely sold out; read all the other pricing details right here. The first single of 2014 is a lovely and blurry pop strummer from Falmouth bedroom-pop concern Goddam Nobody, the brainchild of one Matthew Oliver. Mr. Oliver's tune is called "Cut And Paste To Waste," and it evokes images of crushed wet leaves in the gutter and rain streaking across the windows of a train car. After a solemn introduction of backwards guitar, lo-fi production and cloudy reverbs crowd layers of wistful vocals, pretty, chorus-pedaled guitar and steady drumming. It's Phil Spector's wall of sound gone haywire, an aquarium whose water needed to be changed months ago, but the noise does not thwart the composition but instead strikes a balance that, ultimately, imbues the shiny pop beneath with a warm glow. "Cut And Paste To Waste" is an exception to Art Is Hard's practice of only releasing exclusive material, as the tune was the title cut to a Golden Oldies-influenced EP self-released in late 2013. So, to review: Pizza Club is back for 2014, stream "Cut And Paste To Waste" via the embed below.