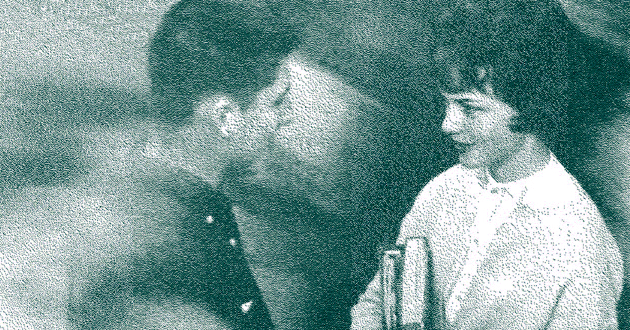 >> A dusty blue, early '90s Toyota Corolla: we can picture it in our head, we can smell it, we can see the cassette tapes it contained. And when we think of riding in the great Pete Torgo's car during our later college years, we think of Crayon's "The Snap-Tight Wars," a tremendous, hook-laden indie-pop classic we likely listened to often traveling north and south through New England lo those many years ago. In hindsight, the trio's song presents as a relic of its time: indeed, our (basically) middle-aged self is not as comfortable with the nakedly heartfelt lyric "I wore you as an emblem of, as a badge of my worth" -- delivered in bassist and fronter Sean Tollefson's distinctive, adenoidal vocal -- as our romantic and stupid 20-year-old self was, but such sentimentality at the time scanned as powerfully real. Now it seems representative of a sweet naïveté that perhaps hits a little too close to home when we honestly appraise our 20-year-old self. But of course, that is only one part of "The Snap-Tight Wars," whose cracking drumming, pulsing bass lines and squalling guitar in the chorus reveals a punk heart and renders the song a most-serviceable rocker. The production is lo-fi but clear and electric, and the song was perhaps the first major calling card for the little band from Bellingham, Washington. Or at least it was for us. "The Snap-Tight Wars" appeared on Crayon's terrific, sole full-length release Brick Factory, which is being reissued Tuesday by Athens, Georgia's Happy Happy Birthday To Me Records. HHBTM's reissue -- which at least roughly coincides, mathletes, with the record's 20th anniversary -- is actually Brick Factory's first release on vinyl; the 2014 issue has been pressed to yellow media in a limited edition of 500 pieces, and is also being released as a cassette. Purchase of the LP includes a digital download of 21 bonus tracks -- tracks from 7" singles, comps, 4-track demos and never-before-heard, unreleased songs -- and deluxe pre-orders include yellow vinyl, a cassette and button and apparently even more songs. The very fine people of Crashing Through Publicity have secured permission for us to offer a stream of "The Snap-Tight Wars," which is embedded below, and we highly recommend that if you have not yet gotten with the now sounds of 1994, get with them now and pre-order Brick Factory from HHBTM right here. Crayon did not survive 1994; Mr. Tollefson and drummer Jeff Fell not long after formed the consistently excellent indie-pop juggernaut Tulleycraft, which we wrote about here in these electronic pages as recently as April 2013, when the act released its wonderful sixth LP Lost In Light Rotation.

>> Well, what do you know? Like an old friend showing up at your front door, Sacramento-spawned dream-pop heroes Rocketship returned Oct. 31 with a new, surprisingly subtle tune. Released digitally on Nonstop Co-Op (an enterprise that appears to be connected to the band in some manner, and whose Bandcamp now contains what appears to be the entirety of Rocketship's catalogue), "That Old Black Magic" also was included on something called A. Kaffer's Halloween 2014 compilation, about which the Internet has basically nothing more to say. Though this reviewer was only previously familiar with the band's mid-'90s output -- most notably its titanic 1996 Slumberland Records set A Certain Smile, A Certain Sadness -- new song "That Old Black Magic" hews close to Rocketship's tradition of technicolor melodies, unadulterated harmonies and pristine pop production flourishes. Incidentally, if you'll permit the tangent, Rocketship's web site contains this exciting nugget: A Certain Smile, A Certain Sadness is to be reissued in the spring of 2015! [We will buy the shit out of that! -- Ed.] The lineup that made the aforementioned collection has long since disbanded, but the project led by pop savant Dustin Reske has been recording sporadically ever since. Now based in Portland, Oregon, Mr. Reske continues to map delicate pop case studies and the deceptively simple and almost overpoweringly sweet "Black Magic" is no exception. Downplaying the band's once-signature organ lines, the song instead complements the foregrounded vocals with rich strings and flutes and a spiraling harpsichord arpeggiation. The result is something more along the lines of a baroque-pop gem than the shoegaze- and noise-pop-indebted sounds of Rocketship's past. Which is in no way meant as a slight; there is a classic wartime vocal group charm and warmth to the new tune. Stream it via the embed below, and click through to download "That Old Black Magic" from Nonstop Co-op's Bandcamp. Rocketship was reconstituted as a live concern last spring, performing pop festival shows in New York and San Francisco, and we're hopeful that this new song (and Twitter chatter about a video) evidences that the act may yet be a going concern, that Reske still has more pop delights to reveal. -- Edward Charlton

>> Given the often isolated (isolating? -- Ed.] nature of ambient and drone music, a recent split-single featuring two particularly creative Glaswegian practitioners of same struck this reviewer as somewhat unusual. The pairing, however, is a great one, and together the mysterious synth artist Mosca and the fuzz-droner Gretchen Lyme proffer eight shifting, bending instrumentals that engage listeners with spooky, mindful zones. Mosca leads the charge with monochromatic yet expansive "Fire," a gorgeous and layered drone seemingly employs random application of pitch shifter to bend the piece in and out of focus. Panned, square-wave fuzz and gradually building volume ultimately overwhelm the aural space, but the piece carries such a cool, mid-range smoothness that it never becomes a chore for listeners. "Impulse" goes a more cinematic route, pitch-shifting an extract of an interview with a notorious serial killer and pairing it with a sad, slowly modulating synth melody that ultimately hones in on the discourse with laser precision, somehow coloring a strange, wistful beauty over a horrible dialogue. Gretchen Lyme's more dynamic tunes, however, steal the show, building upon Mosca's horrorshow blueprint and adding more movement and texture to the proceedings. "EggsEggsPeanutLegs," the absurdly titled standout, achieves this in spades. After a three-minute intro that transports the listener along creepy carnival alleyways, windblown streets and a distant, distorted rock guitar concert, a clattering electronic beat arrives. The rhythm establishes sufficient energy that allows the piece to gradually collapse upon itself in a schizophrenic cycle that shifts between a placid, icy calm and a free-jazz happening. "EggsEggsPeanutLegs" offers the sort of cerebral, unexpected musical twists that mark the best experimental music. Stream all of the self-released digital split via the embed below, and click through to grab the pay-what-you-like download, which was issued to the wilds of the Internerds Oct. 18. -- Edward Charlton

>> London shoegaze duo Bare Pale's twisting, turning rock couldn't be more dead-on, in terms of our tastes. The pair's latest effort, the brooding beauty "You Owe Me," lopes forward toward a mid-tempo buzz-kill, its clean and bent guitar strums sounding weighed down by a sense of grief, perhaps destroyed friendship. Down-tuned open chords and distant snare cracks lend the song an indistinct sense of menace and space, despite the relatively pared-down band set up. The three-minute number's strumming pattern and constantly warping notes recall The Swirlies and the legendary Boston act's classic 1993 BlonderTongueAudioBaton anti-anthem "His Love Just Washed Way," particularly in how the tune slowly bends and slides toward a slow-burn catharsis. There's a grittiness in the production, too, that gives "You Owe Me" youthful and homegrown vibes, touches of realism that increase the tune's emotional heft. "You owe me, everyday" the singer almost murmurs, right before the song erupts into a tangle of fuzzed-out guitar perfection. There is as yet no word on a follow-up to the tune -- hopefully a full-length set -- but if "You Owe Me" is any indication, we'll be writing about Bare Pale in these electronic pages again. The act self-released "You Owe Me" as a digital download Oct. 15. Stream it via the Bandcamp embed below, and click through to score the download for a single pound sterling. Bare Pale previously issued a cassette EP titled If It Is in Nov. 2012 and an even earlier demos set, both of which can be still be heard at Bandcamp right here. Bare Pale's next live engagement appears to be a show at London's Sebright Arms Dec. 16. -- Edward Charlton

Edward, Jay, thank you thank you for this news and for bringing our attention to this lovely new Rocketship track! Do either of you gentlemen know the provenance of "Your New Boyfriend," the song posted on Rocketships tumblr along with the announcement of the "Certain Smile" reissue? From the context one would think the track is from "Certain Smile," but it sure isn't on the edition that I have! I'm wondering if it's a second new track.

Hey Dan! "Your New Boyfriend" is from the awesome 1994 Slumberland comp called Why Popstars Can't Dance. Here are the deets: http://www.slumberlandrecords.com/catalog/show/63?page=3&ret=discog