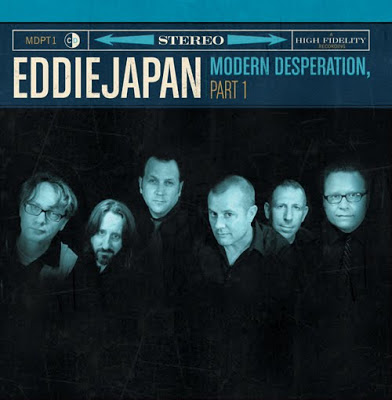 All the buzz in Boston rock this week is on Eddie Japan, who have been making the radio and blog rounds as they prepare to celebrate their new EP, Modern Desperation Part 1, tomorrow night at Cambridge's cozy Lizard Lounge.

Confidence ripples throughout these five tracks of tight pop - some driving, some jangly, all ambitious - that could only be have been made by a collection of scene veterans, several of whom are holding it down in more than one band.

The EP's anchor is undeniably showstopper "A Town Called Nowhere, " which every review will call "cinematic." I'll join them, because that's surely apt for this widescreen epic. Its a swing-for-the-fences arrangement of Spaghetti Western strings and horns and harmonies that hold aloft an ace vocal from songwriter David Santos. 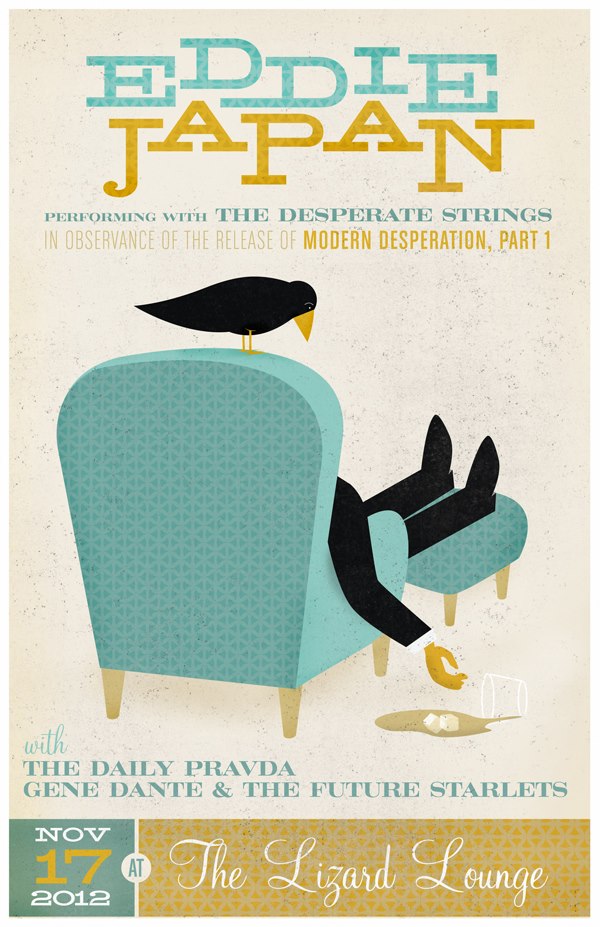 Tomorrow's show will likely be one of the few - or only - times club-goers will get to see the full arrangement in person, as Eddie Japan augment themselves with a string section for their release party. It'll be a packed show, too, with The Daily Pravda and Gene Dante and the Future Starlets rounding out the bill. Grab yer tickets here.

The album is available now at many of your favorite digital outlets. Stream the entire thing via the Bandcamp embed below.

Email ThisBlogThis!Share to TwitterShare to FacebookShare to Pinterest
Labels: Eddie Japan, Gene Dante And The Future Starlets, The Daily Pravda