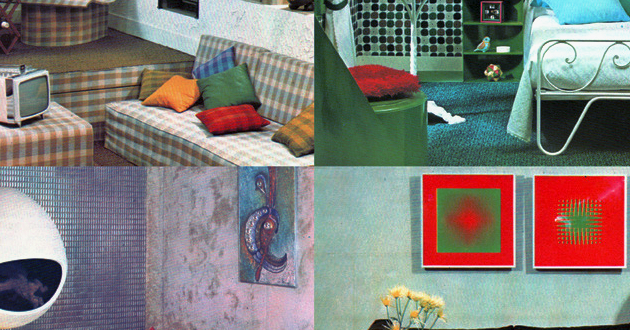 >> Today is a lot of things. Like this happened and this happened and this happened. But today was also the day that UK It labels Alcopop! Records and Dog Knights Productions released a terrific quad-split 12" featuring Clicky Clicky all-time-faves Johnny Foreigner and regular-time faves Playlounge, along with top peer acts Doe and Doctrines. Each band contributes two exclusive tracks, and Johnny Foreigner's "All Yr Favourite Bands Are Dead" and "Flooding" are the first new songs we've heard from the band since the release of its titanic 2014 LP You Can Do Better [review]. We've been able to listen to "All Yr Favourite Bands Are Dead" for months since the split LP was announced, and it delivers in a big way. The tune is a fetching and waltz-timed admonition that firmly pokes at the eyes of bands that re-form only to parade past glories. And while it can be hard to swallow given such criticism potentially condemns greatest-of-all-time rock combos The Replacements (who, of course, already kind of condemned themselves), Archers Of Loaf, and Pavement, it is still harder not to sing along with Johnny Foreigner's incisive and typically weapons-grade chorus "no new songs, we'll just play the old ones, once a strident voice turned to karaoke." It is well worth noting that the Doe, Doctrines and Playlounge tunes on the split that are streaming now all rock hard, and we are eager for our copy to arrive in the mail so we can hear all eight cuts. The record is available now on yellow 12" vinyl from Alcopop! and orange 12" vinyl from Dog Knights, and we expect it will eventually be available as a digital download, as half the songs are sitting right here at Dog Knights' Bandcamp dojo. £10 will get you either 12", but £18 will get you both, obsessives, so hit up the Alcopop! store before these are all gone. Stream four of the eight aforementioned songs via the Bandcamp embed below. While we've got you here, we would also like to report that there is a new tune from Yr Friends out there in the digital ether available for ear huffing. Avid readers will recall that Yr Friends is the (increasingly active) solo vehicle of JoFo fronter Alexei Berrow, and the project landed a terrific cover version of All Saints' "Pure Shores" (also embedded below) on a recently issued digital compilation called Sad Girls Clubbing, which can be downloaded for free right here. Readers will likely also recall Mr. Berrow collaboration with JoFo drummer Junior Elvis Washington Laidley's Fridge Poetry project, which is brilliantly called Yr Poetry. There is apparently a new Yr Poetry EP in the works, so life will continue to be pretty grand for some time.

>> To what can we attribute the rhythmic bounce that propels "Wishawaytoday," the deliriously great summer single that served as the harbinger for Presents For Sally's recently released sophomore set Colours & Changes? My Bloody Valentine's blindingly brilliant "Drive It All Over Me" is an obvious reference point, but we suppose the rhythm also echoed prominently within the Madchester sound that followed on its heels at the dawn of the nineties (think Northside's woozy banger "Take 5," The Wonderstuff's earth-shaking "Caught In My Shadow"). Ultimately, from whence it sprang is no matter: "Wishawaytoday" is fantastic, and we suppose the delicate, shifting vocal harmonies in the verses may actually be the most arresting thing about the tune. Also notable is the record's richly ethereal title track, which again applies a dance-able beat but also emphasizes the Bristol, England-based gaze trio's strengths composing beautiful ambient instrumentals. Colours & Changes elsewhere is filled with spectral vocals and crumbling guitars and strong vibes, with the pensive "Sing" approaching but not quite matching the giddy appeal of the aforementioned single. Saint Marie Records released Colours & Changes Sept. 11 as an LP, CD and digital download. All three formats are presently available via Darla Records' digital storefront; the 250-piece color vinyl edition is apparently nearly sold out, so act fast if you are so jazzed. Presents For Sally formed in 2009 and issued its debut long-player A Touch of Joy, A Touch of Sadness the following year; the threesome has also issued a few singles and a compilation track. Stream "Wishawaytoday" via the Bandcamp embed below, and watch a video for the cut right here.