Today's Hotness: The Grifters, Explosions In The Sky 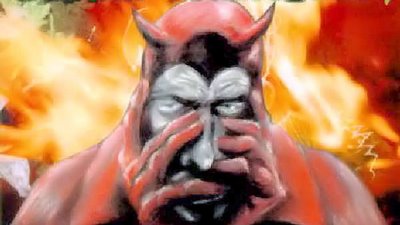 >> Former Grifters bassist Tripp Lamkins opens up with all sorts of interesting band trivia on this ILM thread. Lots of discussion of alternate guitar tunings, I-Ching-like songwriting and jam session tricks and UK touring chicanery. Worth reading through, and it will definitely have you digging out your old records. And for those of you who have never heard it, Lamkins plans to add the amazing Sub Pop single "Queen Of The Table Waters" to The Grifters' MySpace dojo here sometime soon. In the meantime, you can download a live version of one of the standout tracks from Ain't My Lookout, the band's first Sub Pop full-length, "Day Shift."

>> Texas-based post-rockers Explosions In The Sky will play on Conan O'Brien's late night gum flapper Feb. 20, the same day its heavily anticipated fourth record All Of A Sudden I Miss Everyone is released by Temporary Residence. The band will tour for much of the spring, with about three weeks of North American dates booked for March. Temporary Residence is offering the track "Welcome, Ghosts" as a download to hype the release. Dig it:

Explosions In The Sky -- "Welcome, Ghosts" -- All Of A Sudden I Miss Everyone
[right-click and save as]

>> Holy crap, the amazing 1991 Sonic Youth/Dinosaur Jr./Nirvana tour film "The Year Punk Broke" is on Google Video. And YouTube here. The effort to get the film released on DVD has apparently been stalled by The Estate of Kurt Cobain, but hopefully Ms. Love's 2006 deal with a business partner to begin exploiting Cobain's work will bear fruit on that front sooner rather than later.
Posted by Unknown at 2/05/2007 08:50:00 PM