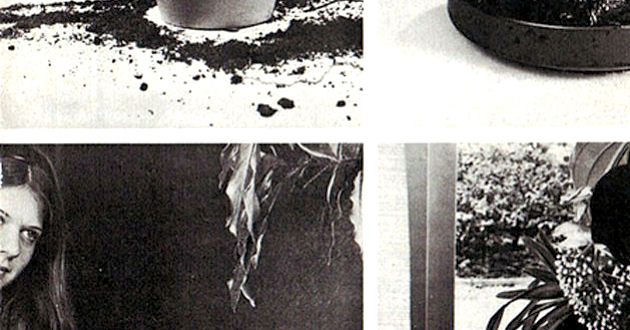 >> There are few releases as hotly anticipated by this blog's executive editor as the forthcoming sophomore set from Portland, Ore. guitar-pop visionaries Lubec. The long-awaited collection is titled The Thrall and it has gestated some 18 months or more in the quartet's collective mind-womb [wasn't that a The The record LOL/ugh -- Ed.]. The appearance of a new preview track -- the amazing "Almost Vince" -- is cause for celebration, not only because the song is amazing, but also because the Bandcamp page that houses the jam states The Thrall will be released in Summer 2014. Summer, if you don't know, begins Saturday and ends in September, meaning that sometime in the next 90 days or so the rock action is go. Lubec's aforementioned "Almost Vince," unveiled last week, is an impressively architected and jangly strummer that flirts with two tempos in the first 30 seconds before coming to rest upon an upbeat pace that anchors fronter Eddie Charlton and organist Caroline Jackson's diaphanous vocals. The song features a very smart, almost linear arrangement and widescreen melodies, and decomposes into a dazzling coda in its final quarter. There feedback slowly swirls like smoke, spare guitar notes pulse, elegant piano ascends and subdued drumming gently floats the song in for a landing. We are not yet aware of any additional information regarding the release of The Thrall, but we've heard what may be the final version of the set and it is astonishing. The collection was engineered and produced by Robert Komitz at the Frawg Pound in the band's hometown, as we noted here in April 2013. We world-premiered the title track at New Music Night 14 in January. And we will be certain to hip you to firm release information once we've gotten clued in. But budget now some future attention for The Thrall -- it is filled with tremendous songwriting and imaginative arrangements, and we think the long, long wait will prove to have been well worth it. Stream "Almost Vince" via the Bandcamp embed below and click through to download.

>> Bueons Aires-based indie concern Las Ligas Menores recently issued a brilliant self-titled full length, and every Clicky Clicky reader needs to hear it. While we admit to having a very limited understanding of the lyrical content, which is delivered in Spanish, the quintet's superlative songwriting, strong performances and emotions require no translation. The act is comprised of four women and a guy and touts two guitars and keys, so Las Ligas Menores have a relatively broad sonic palette with which it concocts its fairly conventional indie pop tunes. What makes the straightforward compositions so arresting are the fivesome's great melodies and balanced approach. There is a firmer rock groove to "Hoy Me Espera," while opener "Renault Feugo" -- which we assume is named for the '80s vehicle of the same name -- is rolls along a buoyant bass line and tambourine cadence, with Nina Carrara's keys and Anabella Cartolano and Pablo Kemper's sparkling guitars pushing an instantly memorable melody. Ms. Carrara's keys lay a foundation of drone under the tune "A 1200km," which reminds us of Stereolab's amazing cut "1000 Miles An Hour." The album ends very strongly with the seemingly Velvet Underground-inspired "Tibet" and the smoking album highlight "Miércoles." Overall the set has a sunshiney feel, and we are having a lot of difficulty listening to anything else during our current beach holiday. If Google Translate has not led us astray, the set was recorded and mixed by Jose Maria D'Agostino at the Moloko Vellocet studio between April 2013 and March 2014; Mr. D'Agostino and the band co-produced. Vocals were recorded at Ion Studios in February 2014, and the set was mastered by Daniel Osorio at Angel Studio. All of Las Ligas Menores is a treat, and it is available to download for free, so really, there is no reason not to get in on this. Stream it via the embed below, and download it right here.

>> We were first introduced to second-wave emo heroes Braid the old-fashioned way: via a mixtape sent by a friend at Northwestern in late '94. But it was the quartet's invigorating, desperate sophomore set Frame And Canvas, released in 1998, that really captured our imagination, and it was a constant friend at the turn of the century. It held much market share (of ears) in our household as one side of a dubbed cassette, and it had the distinction of being among the first things we burned to a CD via a CD burner we installed ourselves into a desktop PC back when there was no such thing as USB and installing drives in desktops was a thing that people did. But we digress. Urbana-based Braid's star shined brightly in the wake of Frame And Canvas, but the band went the way of the Dodo Bird by the end of the 20th century. And although we still blast "First Day Out" and "The New Nathan Detroits" now and again, we were pleased to see the news last month that Braid was back. The foursome actually reconstituted back in 2010, released an EP in 2011, and toured in 2012 (and apparently in 2004?), but 2014 sees the Braid releasing its first long-player in 14 years. Emo superpower Topshelf is doing the honors, releasing the all-new set No Coast July 8; the 12-song collection is already available for pre-order as an LP, CD or digital download right here. The title track commences with a jazzy syncopation, but rapidly revs up into a pretty and uptempo chorus with tidy vocal harmonies and an undeniable vocal hook. It's classic Braid, and we have to say we are pretty well stoked to have the band back. Stream "No Coast" via the Soundcloud embed below. A tightly wound second song, "Bang," was premiered by National Public Radio last month and can be heard right here. Braid performs at the Brighton Music Hall in Boston on July 24, along with Marietta and A Great Big Pile Of Leaves, and we expect that will sell out, so maybe commit to this thing now, yeah?