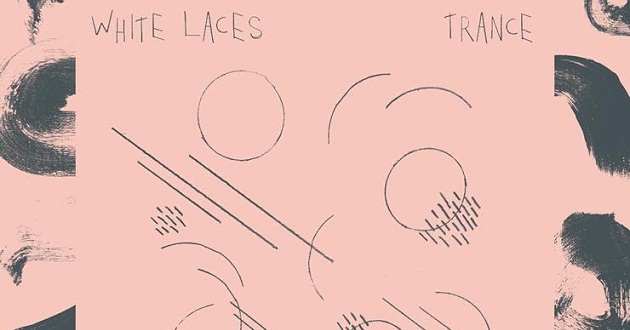 Richmond space-pop heroes White Laces revealed at long last today that it has signed to Alabama-based and Frenchkiss-affiliated Happenin Records to release its hotly anticipated sophomore set Trance. The record is slated to hit racks Oct. 7. The foursome recorded the 11-song collection last winter in Philadelphia with Jeff Zeigler, and we feel comfortable telling you it is a big step forward for the band. Working with Mr. Zeigler, White Laces has refined and intensified its singular, atmospheric sound, and as a result the album presents the band at its most sleek, sexy and dangerous. As we said here in April in regard to the early Trance taster "Skate Or Die," "[t]he sounds are bigger, fronter Landis Wine's vocals more desperate, and one can literally hear the band expanding on its sonic proposition, becoming bigger and bolder." Trance will be released on 12" vinyl, CD and cassette, and we have heard that some portion of the LP edition will be pressed to hot pink media, which means you'd best have your black light in working order for the zoned-out album listening sessions that will likely occupy a substantial portion of your time this fall. Presently, there is no way to pre-order Trance, but we expect if you keep an eye on the label's digital storefront your attention will eventually be rewarded. White Laces first LP Moves was issued by Speakertree two years ago, which we reviewed right here, and the band has released a steady stream of EPs and singles and cassettes since forming in 2010 (the majority of which you can read about in the vast Clicky Clicky Archives). White Laces plays Baby's All Right in Brooklyn tomorrow night and has a few additional confirmed dates -- including a spot at next month's hotly tipped Hopscotch Festival -- that we have listed below for your review. Stream the aforementioned "Skate Or Die" via the embed below.

Email ThisBlogThis!Share to TwitterShare to FacebookShare to Pinterest
Labels: The War On Drugs, White Laces