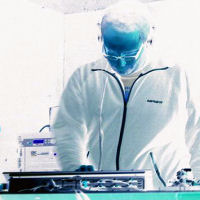 >> Germany's (and Thomas Morr's) Morr Music is the latest label we've become aware of to stream its music for free at Last.fm. Currently Morr has posted here about 10 records or so, including Electric President's excellent self-titled set along with records from classic Morr artists Ms. John Soda and Tied And Tickled Trio. The label has pretty much had the market cornered on amazing electropop since releasing Lali Puna's Tridecoder in 1999 (and perhaps longer, but that was the first we heard of it, after a fortuitous recommendation at Darla). Earlier this fall we noted here that Labrador was promoting a Mary Onettes single by streaming it for free at Last.fm. In unrelated Morr Music news, soothing British electronic duo Isan recently scored a film entitled "Greetings From Earth." You can watch the film (and presumably hear the music) by following this link to its logical conclusion. Isan released its most recent full length Plans Drawn In Pencil on Morr early in 2006. Incidentally, Morr also put out Lali Puna's excellent Scary World Theory, from which the MP3 below is taken. Highly recommended.

Whoah! We just checked into the Lali Puna web site and it turns out lead singer Valerie Trebeljahr and her partner/bandmate/Notwist genius Markus Acher just had a baby girl named Noriko last month. Our congrats to the lucky couple. And congrats to all of us, because the site also notes the The Notwist are recording new material. The band all but dropped off the face of the Earth after touring their 2002 masterpiece Neon Golden to death. The band has a web cam or a very long animated .gif going at its web site that shows the band in the studio with the sound of bird calls looping. Wild.

>> There are a couple cameraphone videos an extra on the set of the forthcoming Joy Division biopic shot of the actors portraying the band cutting loose and playing a couple songs for the extras. Here's a clip of the end of "Transmission" and the beginning of "Leaders Of Men." And here's a clip of the "band" performing part of "Digital." According to JoyDivisionCentral.com the film Control is still in post-production, and no release date has been set. The movie's official web site states it is coming in 2007, so keep your fingers crossed.

>> Clicky Clicky fave feel-bad indie rockers Meneguar last week reported at its old web site/new URL that it is currently mixing a new record. As usual, stay tuned here for coverage of even the most miniscule moves by the band, since we are totally obsessed.