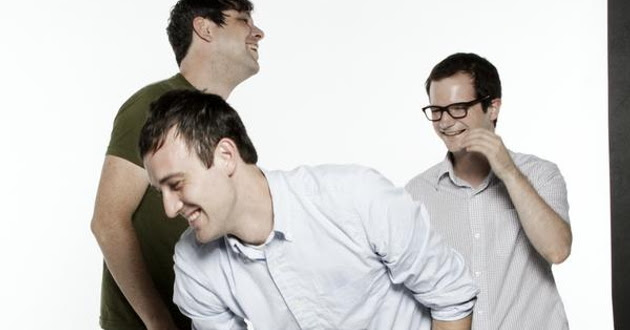 Fresh from the disclosure that their next long-playing record will be released by the un-eff-with-ably awesome Slumberland Records, Cambridge, Mass.'s own twee pop superstars Pants Yell! make their first live appearance of the fall in Boston at Berklee's Cafe 939. Full details here. We finally saw the trio for the first time just this past January, when it supported Glaswegian indie rock goliaths Frightened Rabbit, and we've been looking out for another chance to catch them in action ever since. Slumberland Records, celebrating its 20th year of greatness in 2009, release Pants Yell!'s fourth album Received Pronunciation Nov. 10 on CD and LP (one or both formats apparently are packaged with Japanese obi strips -- um... awesome?). Pants Yell!'s most recent set, Alison Statton, was issued by Soft Abuse in late 2007. Here are a couple tracks freely available from various label sites.