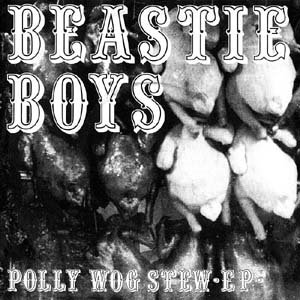 >> The New York Times was all over "American Hardcore" today, with two separate pieces [doink! ploing!] about the documentary film. Neither article gets things exactly right, although the film review is far more off-base than the music review. The news peg of the latter is the taping of the Ian Svenonius talk show we wrote about here yesterday. Indulge our brief quibble with Times scribe Kelefa Sanneh's assertion that at one point Henry Rollins led the legendary Black Flag; any student of the band or reader of Mr. Rollins' astonishingly good "Get In The Van" book/spoken word bit knows the band was guitarist Greg Ginn's directorate, and that the verb Mr. Sanneh or his editors were grasping for was "fronted." Mr. Sanneh also glosses over hardcore kids' exultation of violence; even Ian Mackaye talks openly in the text of "American Hardcore" about early days inciting violence [see pages 136-7].

The Times' movie review makes the mistake of stating the hardcore scene "flamed out in 1986," an idea probably misappropriated from the imposed limitation of the text that the movie follows. The writer's assertion that Class of '77 punk acts should have been included betrays a lack of understanding of the hardcore scene, particularly insofar as the straightedge movement is concerned. Many vaunted '77 punks were on speed and heroin; a recent Henry Rollins clip we saw reveals that his and Minor Threat fronter Ian Mackaye's straightedge sentiments were inspired by clean living hard rocker Ted Nugent, and not many of the punk progenitors. The Times reviewer also lumps the Beastie Boys in with the Red Hot Chili Peppers as bands that "came after" the scene "American Hardcore" concerns itself with. This is, particularly in the case of the Beastie Boys, historically inaccurate. We'd recommend the Times film reviewer next time read the book the movie is based on.

>> Speaking of D.C. hardcore of the sort that somehow survived the "flameout" posited by the New York Times film reviewer, Pitchfork reports that DeSoto records will reissue the final two sets from Jawbox (1989-1997). Full details here.

>> If you've circumnavigated the blogosphere in the last 24 hours you've probably read of the health problem that is plaguing Pat Spurgeon, the drummer for Rogue Wave. Well, Mr. Rbally is stepping up to get some cash flowing in Mr. Spurgeon's direction by staging a benefit auction. Rbally will soon place an older but lovingly maintained IPod Nano on EBay, and the amount of the winning bid will be sent on to Spurgeon. As an added incentive, Rbally will fill the Nano with the winner's choice of appropriately cleared music. Watch this space for a link to the auction, and prepare to try to outbid Uncle Clicky. Incidentally, we here at :: clicky clicky :: would like to think we can do our part by publicizing some causes near and dear to our heart -- check out our sidebar, where we soon will add a link to information about organ donation.

>> A related story here on the minty fresh Idolator informed us of something we had no knowledge of heretofore, namely that pop-punk dynamo J. Church's Lance Hahn is also struggling with long-term health problems. Mr. Hahn's music was a favorite of our crowd during our undergrad years, and we still listen often to the compilation Nostalgic For Nothing, which features amazing covers as well as superlative fist-bangers like "Band You Love To Hate" and the awesome title track. Idolator suggests the best way to offer Mr. Hahn a hand is to buy some of his records; we give Nostalgic For Nothing our highest recommendation.

>> We love The Numbers Guy column in WSJ, and this week Mr. Bialik here looks at just how random an IPod's shuffle feature is. He actually never quite gets there, instead diverging off into an interesting discussion of random numbers and just how to generate them. At the end of the piece Bialik reports a possible technique for determining the randomness of an IPod's shuffle, however. Very interesting.
Posted by Unknown at 9/21/2006 07:52:00 PM