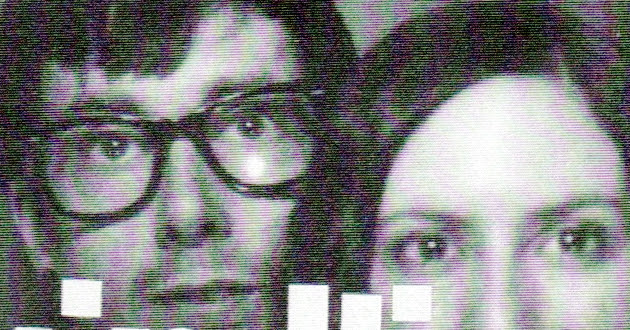 >> Sepia-toned Velocity Girl dreams and young women in tall Doc Martens, that's what an excellent new collection of songs from upstart Western Mass.-based combo Kindling makes us think of. Their set, titled Spare Room, presently has nine songs, but a Facebook status from the band a few weeks ago indicates the universe of songs will grow as the band continues writing and recording (or will once the band gets a new vocal mic, dang). In its current iteration as of press time, Spare Room comprises nine songs including a cover of Wire's "The 15th." Spare Room is filled with big fuzzy guitar strummers and subdued vocals that swim just beneath the surface of the duo's controlled cacaphony. "Escapism" touts a pop bounce and bright lead guitar line that makes it perhaps the Kindling tune most analogous to the output of the aforementioned, Maryland-bred indie rock legends. Kindling's two-person configuration likely sets them up for comparisons to contemporary UK heroes (and pairs) Playlounge and Nai Harvest, as well, but that is certainly fine company to be in, non? Gretchen and Stephen, Kindling's surnameless (for now anyway, these things eventually always sort themselves out...) principles, certainly don't struggle to give their recordings a full sound, with dense guitars, cracking snares and sizzling cymbals filling the stereo field like so much fireworks and cotton candy. The highlight of Spare Room is also the pair's loudest and dreamiest number, "Became." Here overdriven guitar compresses into a vast cloud from which Gretchen and Stephen's vocals gently whirl around each other in a head-nodding, pretty chorus accented by alternating shaker and cymbal crashes; it's a perfect song. Kindling only just created the aforementioned Facebook page for itself late last month, so we're assuming the duo is quite new. Given the great music they've written so far, we are very eager to hear what comes next. Stream all of Spare Room via the Bandcamp embed below; the music is also on offer as a paywhutchalike download here, or, if you are lucky enough to run into the band, there is photographic evidence of some CDs or CD-Rs, too.

>> London-based Oddbox Records disclosed recently that the delightful Brighton quintet Tyrannosaurus Dead is planning to record a debut full-length with Rory Atwell that will hopefully be released before the year is out. Based on this Facebook status from last week, it sounds as if tracking starts at the end of the month. To set the stage for what will surely be a bracing set of noise-pop, Oddbox has gathered up all of T-Dead's various recordings to date, including the Pure//Apart 12" EP we wrote about here last year, for a CD anthology titled, quite obviously, Greatest Hits. The CD also contains the band's self-titled EP, the Lemonade EP, a track from a Reeks Of Effort cassette compilation called GUTS, and the 7" single "Bed Dread" b/w "Oyster Boy You're A Blast" issued by San Diego's Bleeding Gold Records last July. In all, Greatest Hits touts 16 tracks, and it is the first time any of them have been released on CD, which means Tyrannsaurus Dead is uniquely positioned to capitalize on the inevitable comeback of CDs, once all the hipsters get sick of vinyl again... lulz. We're expecting big things from the planned new long-player, and hope that the sort of success that has met peer groups Joanna Gruesome and Playlounge is just around the corner for T-Dead. While we all wait for the end of the year to get here, listen in to the brilliant tracks "Buried In The Ground" and "1992" via the embed below. Each tune touts big guitars, big melodies and smart vocal interplay, with affecting lyrics of longing, youthful confusion and stunted ambition. The chorus of the blistering rocker "1992" repeatedly advises "you should lower your expectations," before pleading "can I always dream of you?" It's classic stuff. Greatest Hits is available now for £7 via the Odd Box Bandcamp page.

>> The snappy tunes of Boston-based lo-fi concern Feral Jenny never quite emerge from beneath a blanket of gentle fuzz -- perhaps even tape hiss, do the kids use the tape machines anymore, we wonder? -- but that doesn't in any way obscure or detract from the appealing character and able songcraft found on its latest collection. Feral Jenny is the nom de rock of Jenny Mudarri, and her short set Bedrooms was recorded in her childhood bedroom. It's got a homespun sound, to be sure, and calling the set anything besides a demo might be an overstatement, but there are great songs here. Underneath the scuzz and of-the-moment, surf-styled leads, there's an urgent energy that will easily translate to the stage once Ms. Mudarri gets Feral Jenny out of the bedroom. The rough edges belie the workings of a mind that seems to appreciate tidy organization: vocal layers and harmonies are neatly applied, guitar reverbs are weighed and dialed thoughtfully -- the compositional chops are all there. Its also not hard to hear the youthful energy of, say, Potty Mouth, or the introspective scab-picking of Manors in these six songs. Opener "Say The Word" blasts off with a Wyld Stallyns-esque guitar flourish and then locks into an uptempo frug of garagey chords, over which Mudarri elongates vowels and stacks vocal melodies. She aims to put a band together in Boston, but at present Mudarri is concentrating on figuring out how she can perform this new material herself without sacrificing its layers and harmonies. An earlier collection of Feral Jenny songs from 2012 titled Bowie, Too is even lower-fi, but possibly even more charming, so we recommend you stroll over here and have a listen. Bedrooms was issued at the beginning of March and you can listen to the whole deal via the Bandcamp embed below. Mudarri previously fronted the Burlington, VT pop-punk act Nancy.