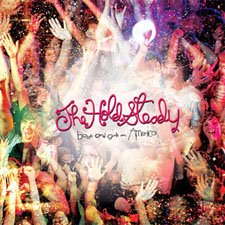 Just clearing the decks before a new week is upon us...

>> KoomDogg sends along these official Hold Steady fall tour dates. He also pointed us to the real strong glass of haterade going on in the comments over at the Stereogum item in which the band's new song "Chips Ahoy" is posted. Man, we think the song is great, we think the band is great, and we don't really get people's beef with the band, except for those who just don't dig singer Craig Finn's voice (either the old ranting style or the new, refined rant for 2006).

>> Pitchfork reported last week that indie rock stalwarts Built To Spill have already begun working on a new record, according to their label Warner. This is despite the fact that the band issued a sort-of comeback set only four months ago. More details and an avalanche of fall tour dates here.
Posted by Unknown at 8/20/2006 09:00:00 PM