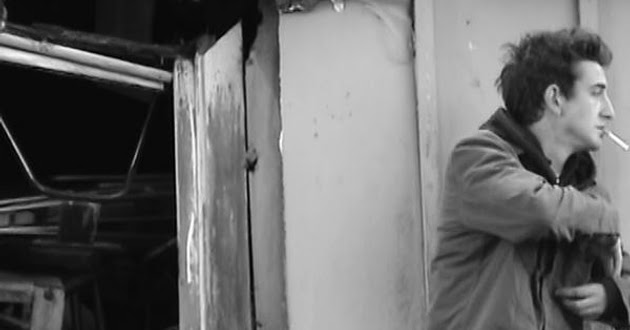 >> We've consumed some writing on the Internerdz that suggests that sounding like The Libertines is a bad thing. Or, more precisely, we think the beefing we've read is that there were too many British acts trying to sound like The Libertines for a while. Frankly, we hadn't noticed, and we think that if anyone should have a complaint along those lines, it should be about all the bands that seemed to spring up in the wake of Bloc Party's huge success with very Bloc Party-influenced tunes. Anyway, there is a band in some part of New York called Community Gun. And while the quartet has a few different things going on (including a "blues thing" and a "Tom Waits thing") the stuff of theirs we respond to the most is the upbeat, gritty rockers. And yes, that stuff sort of sounds like Pete Doherty's Libertines. Below we've posted the concise, mumbling Community Gun stomper "Wasted." The band is giving its entire EP away for free, so if you dig the track, grab the whole thing at the link provided.

>> We typically steer clear of the teeming throngs of powerpop acts because often we have trouble finding something more interesting than obvious Beatles influences in the music. That said, we've kept an ear on what the Rainbow Quartz label releases ever since they put out a Lilys record; the fact the label has released albums from hometown friends The Get Quick doesn't hurt, either. All that said, we're grooving to the forthcoming self-titled set from Vancouver's The Orchid Highway. The quintet, which features the three brothers MacDonald, releases its record June 10 (although elsewhere the release date is given as May 13). And curiously, despite the band apparently forming in 1994, this is its debut long-player. The lead single and blogosphere-approved promo track "Next World" presents a winning concoction of punchy bass work, 12-string and tremelo-wracked guitars and vocal harmonies. While we also like the rocker "The Medicine Tree" and the slower ballad "Let's Stay In Instead," The Orchid Highway isn't a bulletproof set -- we're not crazy about the lead track "Sofa Surfer Girl." Despite our wish that the band sequenced the set differently, there's still a bunch of good Revolver-referencing powerpop to be had here.

>> Just about a week after griping about the lack of a sophomore set from left coast nu-gazers Darker My Love, we are in receipt of news about said record. It is titled 2; it was produced by one of the cats in Silversun Pickups; it may or may not include contributions from recently acquired organist/clavietist Will Canzoneri; and it will be issued by Dangerbird Aug. 5. The first single from 2 is "Blue Day," and it is being made available in the extremely unhip Windows Media Audio format. So unhip is the format, in fact, that we aren't offering up the track. Just stream it at the band's MySpace dojo right here. "Blue Day" certainly grooves, and there is a screamy guitar solo that is awesome but mixed too low. Speaking of, the mix is patient and the song builds nicely at the end of the bridge. "Blue Day" kind of reminds us of the second Stone Roses record -- not bad, just not what we expected at first. We'll be interested to hear more.