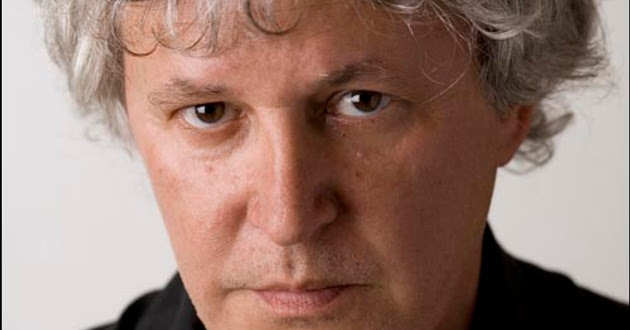 >> Still catching up... We were minding our business early last week listening to the "tape delay" of one of the prior week's episodes of WMBR's crucial "Breakfast of Champions" program when a tune caught our ear. It was distinctly Pollardian, and so it was little surprise when the DJ back-announced that the track was from a forthcoming Robert Pollard solo set. We made a note to look for more info on the Internet, but before we even had a chance to sit down and look an email had already hit our inbox with the details. Indeed, Mr. Pollard will issue a new solo set Robert Pollard Is Off To Business June 3, and it will be released on his own new label GBV Records. Pollard's previous four records were released on Merge, and probably all within one twelve-month period, given the man's ability to churn out records like most of us churn out blog posts. Anyway, the track that caught our ear is titled "Gratification To Concrete," and it is the promo track for the new set. Download at will.

>> Interesting grab bag of news for the taking in this Man Without Ties post. To whit: the reissues of The Replacements catalogue will not be available at ITunes (and presumably no other digital music storefront) prior to the release of the Sire titles in September; and apparently Paul Westerberg has taken up ice hockey. More notable tidbits at the link supra.

>> Chicago-based sort-of newcomers Big Science was slated to play its first show Friday night. Not a big deal in and of itself, as new bands play first shows somewhere every day. But the quartet's blend of Big Country hooks and Talking Heads-ish radio pop sensibilities make us believe Big Science will break big at some point. The band, which sprung in part from the ashes of defunct San Deigo post-hardcore act The North Atlantic, recently made its MySpace offerings downloadable, and we recommend snatching them all. To get you started here is the demo for the tune "My Career As A Ghost."

>> So our initial excitement about Jim Guthrie's new project Human Highway is tempered by the two tracks recently posted at the band's MySpace yert here. "The Sound" is a playful strummer with a canned beat that sounds a bit like '80s TV show soundtrack music. It's something like Men At Work, but without Colin Hay's voice and personality. The second track, "Sleep Talking," seems to reimagine Modest Mouse's "Sleep Walkin'" without any of Isaac Brock's pilled-up melancholy. On the whole the songs seem to lean more in the direction of the prior work of former Islands guy Nick Thorburn, who is the other principal member of Human Highway. We'll be interested to hear what else the act has to offer, but for now we're not sure if it is going to excite us at all. The duo's full-length Moody Motorcycle will be issued by Suicide Squeeze Aug. 18.
Posted by Unknown at 5/10/2008 02:15:00 PM

This "Gratification to Concrete" you have provided here is a service to the community of people who like good songs. Not to mention songs that sound kind of like that high-reaching GBV period circa Mag Earwig-Bluish Record With the Jet Plane on the Cover. Many Thanks Brother.