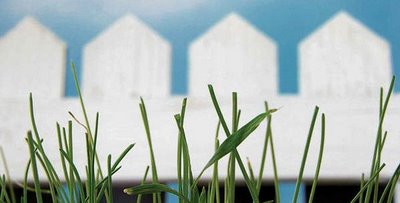 >> We noted the passing of the WhyMe podcast here last week. One podcast that we've glommed onto in the absence of WhyMe is the U.K.-based Indiepop Radio Podcast, a nice concise presentation of catchy numbers that has yet to disappoint us. It has also been the first outlet to expose us to a number of quality acts including The Wombats and, more recently, California Snow Story. The newest episode features that brilliant Scottish duo's irresistible and dreamy "Suddenly Everything Happens" and, as it turns out, the song is freely available for download from the Letterbox Records web site here as well as the band's MySpace dojo here. It has a distinctly '90s Slumberland Records sound to it -- as such it is highly recommended. We'll save you a trip and link to the track below. Trivia hounds will find it interesting that CSS' David Skirving was a founding member of Merge Records stalwarts Camera Obscura. California Snow Story's first full length Close To The Ocean will be released by Letterbox May 21 in Europe and the UK and at some point (presumably later) in the Americas by Plastilina Records. The band previously issued an EP titled One Good Story in late 2002.

>> Breakout Glaswegian indie pop trio Frightened Rabbit as of this writing is offering through its MySpace hutch the affecting cut "My Backwards Walk" for download. The song is a close cousin to the tunes on Sing The Greys, the lads' stellar debut released in the U.K. last year. "My Backwards Walk" is built on a sturdy strummed guitar and gradually layers in keys, acoustic guitar and spiky hand claps as the tune crescendos at the repeating of the lyric "you're the sh*t and I'm knee-deep in it." More greatness from these guys. Get the song here. Frightened Rabbit recently showed us around their practice space in Show Us Yours #5 -- check it out.

>> Alright, this one isn't technically free, but we expect if you look hard enough and long enough in the usual places you will be able to turn up an MP3 of the striking Dntel track "Breakfast In Bed." The tune features Bright Eyes' Conor Oberst on vocal alongside band leader Jimmy Tamborello's reliably listenable electronics; the tune is the penultimate track on Dntel's forthcoming set Dumb Luck, which Sub Pop will release April 24 [more info about the release at Pop Bus Sub Pop here]. Sub Pop for its part is offering a free download of the set's opener and title track at its media page here; it is also available to Dntel's MySpace teepee. Anyway, "Breakfast In Bed" offers one of those too-rare, heart-crushing performances from Mr. Oberst that makes the hair stand up on the back of our neck. A lot of times we find him overwrought, and we aren't a fan of vibrato in singers. But lyrically Oberst can occasionally muster sentiments that slice the proverbial heartstrings to ribbons (perhaps most notably in the stellar Desaparecidos rocker "Man And Wife, The Latter"), and he scores again with "Breakfast In Bed." Dumb Luck is worth buying for this track alone.
Posted by Unknown at 3/26/2007 08:09:00 PM