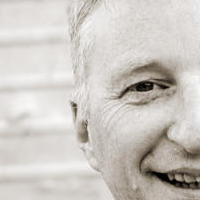 >> We’re not a big Billy Bragg fan, but this is interesting: The New York Daily News of all outfits reports here that Mr. Bragg has deleted his music from his MySpace page because his review of the site's terms of service turned up the fact that MySpace asserts that it can exploit posted music in any manner it sees fit without compensating the artist. "The troublesome fine print informs users that by posting any content, 'you hereby grant to MySpace.com a non-exclusive, fully-paid and royalty-free, worldwide license (with the right to sublicense through unlimited levels of sublicensees) to use, copy, modify, adapt, translate, publicly perform, publicly display, store, reproduce, transmit, and distribute such Content on and through the Services.'" A MySpace spokesman states this is all a big misunderstanding. There's more at Bragg's MySpace dojo here.

>> Indie label Alias is apparently alive and kicking again. According to this post at You Ain't No Picasso, the label just signed a new act, Scourge Of The Sea, and said act's record will be Alias' first release in almost a decade. So what? Yeah, sorta. But Alias released a lot of our favorite records in the '90s, including discs by Archers Of Loaf and Barry Black, so we're glad that they're back. Hey Alias, can you bring the Archers back, too?

>> Ex-Jane's Addiction bassist Eric Avery has apparently been jamming with the resurrected Smashing Pumpkins (Corgan, Chamberlain), according to this item at MTV News. Interesting. Speaking of Jane's Addiction, fronter Perry Farrell has apparently signed his latest project, Satellite Party, to some label or other. We hope you've already forgotten about what the rest of the Jane's guys are up to, but if you must know, it's called The Panic Channel and it is lame.

>> Remember a couple weeks ago when we told you about this thing Rhapsody was doing, but that you didn't really need to pay attention for a couple weeks? Well, today is the day that seemingly useless post bears fruit. Hit this link and you can access a pre-release stream of Sonic Youth's forthcoming record Rather Ripped. Yeah, we can't believe it still isn't out yet either. Yeah, we've had it for months, too. No, you can't smoke that in here. But for those pokey SY fans out there, your ship has finally come in. Equally as exciting, Rhapsody seems to have some exclusivity over a spate of Funkadelic album streams, and if you haven't ever heard Maggot Brain, well, you should hear it now, if only for the amazing title track and "Super Stupid." Here's the link.

>> FINALLY -- another long-awaited and amazing Buddyhead gossip update. Rumors include: Slash wanted to take John Squire's spot after Squire left The Stone Roses, and other G 'N' R kerfluffle; Big Black may perform at the Touch And Go 25th Anniversary weekend in September; Albini is recording a forthcoming Stooges record; a forthcoming Bauhaus record is allegedly "KILLER." Click this for the whole update.
Posted by Unknown at 6/07/2006 06:30:00 PM

Slash in the Stone Roses? WTF? Next you'll be telling me that Tommy Stinson's playing bass in Guns 'n' Roses. What? Oh.

Yeah, the Rhapsody announcement re: Funkadelic was worded very explicitly, to the point where the distinction seemed pretty watery. Either way, though, being able to stream the record two and a half times for free over the Interwebs, that ain't too shabby.