Show Us Yours #19: Hallelujah The Hills 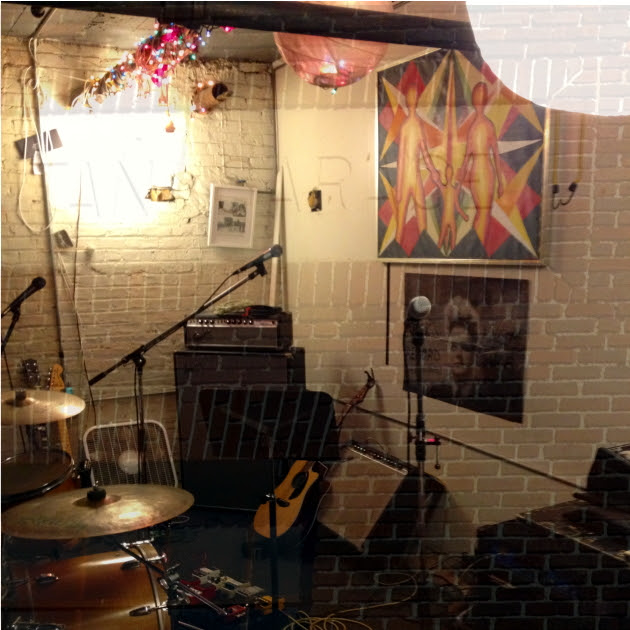 As we struggled to come up with a clever lede for this piece, we were continually haunted by the thought that Ryan Walsh would not be struggling to come up with clever lede for this piece. Mr. Walsh, the leader of Boston indie rock greats Hallelujah The Hills, is both smarter than your average bear and -- probably by a wider margin -- smarter than your average songwriter, and he writes, among other things, songs about writing songs that are not, you know, really just songs about writing songs. He writes ridiculously good lines, like "I saw you breaking down in a magazine / And I never told a soul what it meant to me / Now I’m on a mission fueled by LSD / Trying to break these patterns." And along these lines Walsh and Hallelujah The Hills have reliably turned out compelling and vital "chord based cosmic Americana" since 2005. The current big news is the band intends to record and then issue next year (May 20, to be exact) a fourth long-playing collection, which carries the title Do You Have Romantic Courage? HtH, as they are wont to be abbreviated, launched a crowd-sourcing effort to fund the record yesterday and has already raised 37.28% of their modest goal as of press time. There's even album art to look at already. We were looking for an excuse to speak with Walsh for this piece, Number 19 in our series of looks into the practice spaces of notable indie rock bands, and this news seemed like a dandy hook, so here we are. In our short interview below you'll encounter references to a prominent and liked politician (surprising) and urine (surprisingly common in these pieces), and there is also a link to a video clip of an unusual window opening and closing. We think that's a good summary of the absurd magic of Hallelujah The Hills. We'd like to specifically call your attention to Walsh's tidy reduction of the conundrum confronting the present-day music industry: "Is Spotify more convenient than Kickstarters are annoying?" Will that question end up being this generation's "Do You Want New Wave Or Do You Want The Truth?" Perhaps. We think Walsh would argue that there aren't as many definitive answers as there are curious questions. So settle in and read on. Think about supporting the band's Kickstarter, the promotional video for which literally made us laugh out loud. If you wanna try before you buy, there are links to music below the interview, and HtH is playing on a tremendous bill with Clicky Clicky faves Soccer Mom Oct. 10 a week from tomorrow. So much to do, you'd best start doing.

Clicky Clicky Music Blog: So why do you use this practice space?

Ryan Walsh: We wanted a place where rehearsal and recording sessions would not be interrupted by other bands. In a place like The Sound Museum this is a constant problem. We found a place called Puritan Garage which is mostly auto repair shops and us.

I did my time in The Sound Museum. If your readers don't know, The Sound Museum is like an abandoned office/warehouse unit turned into one rehearsal room stacked on top of the other. It's run down and filthy. There was a guy who lived in tiny room next to us. He was in his 40s and he was living in a closet-sized room in the Sound Museum. No kitchen, no shower. I don't know how or why he did it. He would listen to conservative talk radio all day and night long. He hated all of the musicians. Understandably. Imagine if you lived somewhere where at any moment a full band could start blasting at full volume? Even late night at night when you're trying to sleep? I'm surprised he didn't murder some drummer one night. Sometimes when he went to the bathroom (which was a minute walk down some hallways from his door and our room) I would try and psyche myself up to take a peak in his room and see his set up. I never did though. I wonder if he's still there.

RW: The quirk of the space is the location and the layout. It's hard to imagine what on earth this room was ever used for besides throwing a band in there. We're on a raised loft level of the space (the other bands are downstairs). There's a drawbridge-style giant window you can open by pulling on this rope-and-pulley system. And then, outside, even though cars rarely drive by, there is a lot of foot traffic. It's part of some short cut between a bus stop and the train, I think. People stop to talk to us. We once got roped into a security guard telling us ghost stories for 30 minutes. Deval Patrick's campaign headquarters is nearby. He came out once while we were taking a break outside and told us, "You've got a real nice sound."

CC: You walk into your space. What's the first thing that you smell?

RW: Well, we just got a brand-new rug on the 2nd floor because the toilet ruptured this summer and the entire floor was soaked in urine. It was hard to take for a few weeks. Now it's all brand new and we're finding it invigorating. But, still, it probably smells like musty cig butts in there, in general.

CC: You officially announced Tuesday you're working on your fourth album, which presently carries the title Do You Have Romantic Courage? I know you've been in bands before HtH, notably The Stairs, which recently had a reunion. But even so, I'm wondering if you personally anticipate this new record -- or I guess emotionally approach it -- differently than a first record. You know, presumably you got all the pressing heart-break and fuck-you songs out of you on the first record, right? What's left?

RW: Well, I've always tried to write songs that went somewhere unexpected beyond the heart-break and the personal FU topics. But after years of doing that, then the love songs become the exotic novelty, ya know? I think I just try and write about characters who are searching for something: sometimes it's redemption, or revenge, or enlightenment, or purpose, or clarity, or the pattern in the noise... but sure, sometimes they're searching for love -- just like all of us.

On the last record (No One Knows What Happens Next) I tried to be very direct and very relatable, which maybe isn't the case on the first two albums. On this one I want to marry the abstract instincts of the early albums with the direct, cohesive approach the last batch of new songs took on. If the song is about someone who's detached from reality, for example, I at least want him or her to be able to explain that to the listener.

CC: You'll be crowd-sourcing a portion of the funding you'll need to make the new record. Were you or any of the guys in the band wary of going that road? My advice to bands considering it is that it is fine as long as the value proposition is clear to the backers, and the promises made are delivered. After all, this is America -- there's nothing more American than people being able to do with their money whatever it is that they want to do. Still, I think once you say "Kickstarter" these days, people's eyes glaze over. Do you feel like you need to work hard -- and maybe harder than you should -- to make the prospect exciting for people?

RW: I've said it before and I'll say it again: "Is Spotify more convenient than Kickstarters are annoying?" Because, although that's a gross simplification, that's basically what listeners need to ask themselves. That's the decision we're all faced with here. If you choose the super convenient listening platforms with the low payouts to artists, cool, that's awesome -- but if you're a fair person, you have to accept that bands will maybe need to resort to the crowd-sourcing method of paying for studios, mixing and mastering. And, look, if failed crowd-sourcing attempts is what breaks up some bands, oh well. It's a risk on both ends. I'm completely aware of crowd-sourcing fatigue -- we're doing a couple things to try and combat that but I'll keep that under wraps for now. Anyway, another answer to that questions is: it's a pre-order of our new album that comes out in May. If enough people pre-order we can record in a studio and make it pretty spectacular!