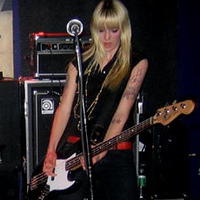 >> Judging from the SXSW coverage we promised ourselves we wouldn't read but read anyway, Serena Maneesh continued slaying audiences in Austin last week. If you haven't experienced the act live yet, The 'Nac here gets you as close to the action as you can get from your computer by posting a recent show in Boston (which, incidentally, we saw a substantial portion of in person). If only this band had a hot bass player, they could really go places. Oh, wait...

>> "Interviewing Morrissey pinpoints the bankruptcy of interviewing as a form of expression." LargeHearted Boy points to this genius non-interview of Morrissey by author Douglas Coupland. The most entertaining thing we read all day.

>> Apparently, there's a Thom Yorke solo record in the offing, as best as Pfork can figure it. Read the the tea leaves over their shoulder here.

>> CokeMachineGlow interviews two heads of the The Mendoza Line hydra. The first part of a two-parter features songwriter and guitarist Mr. Tim Bracy. Didn't PopMatters also do a two-parter with the band a couple years ago? Is it because it is so easy to get Tim and Shannon on the phone in succession? Anyway, the self-deprecating Bracy is typically humorous. Read along here.
Posted by Unknown at 3/20/2006 07:30:00 PM